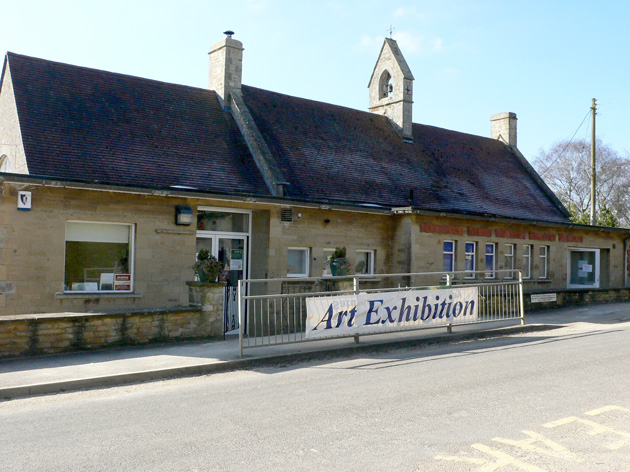 Those who subscribe to the view that Spring arrives on the first day of March were disappointed – although many of the early days in March were bright and sunny, sharp overnight frosts contained any early signs of Spring. Some rural communities continue the notion that spring begins when a virgin can step on six daisies at once! Some 620 feet above sea level the Sibfords are always some 2-3 weeks behind our Oxfordshire neighbours whose villages are more protected from the cold winds and frosts. Our virgins would still have been stepping on snowdrops at the beginning of March in 2010!

However, the pace of village life stepped up during the month and Sibford Gower Primary School hosted their annual Art Exhibition and Craft Fair over the weekend 6/7 March. Over 250 paintings by local and national artists were exhibited and available for purchase. This was supported by a selection of craft stalls, a children’s Art Competition and an activity area for children’s crafts. Organised by the Parent’s Teacher’s Association it is a flagship fund-raising event which, while raising money for the school, brings many visitors to the village because of the high quality of the work exhibited.

At their March meeting the WI enjoyed an afternoon of poetry, prose and music provided by Patricia and Geoffrey Huth-Ellis and the monthly competition was for a piece of Old Sheet Music. Two members were congratulated as each had a photograph selected for the Oxfordshire Federation WI Calendar for 2011. The Horticultural Society opened its 2010 programme with a speaker meeting when Sue Byrne gave an interesting, illustrated talk about the Arboretum at Batsford. The Rev Timothy Wimbush, our Rector and serving Magistrate at Banbury Court gave an account of his work to the Friendship Club and later in the month Club members enjoyed a Carvery lunch out of the village at Clifton Chambers. Sibford Cricket Club held their AGM in the pub – the Wykeham Arms, and their players are looking forward to getting out their ‘whites’ for the coming cricket season. 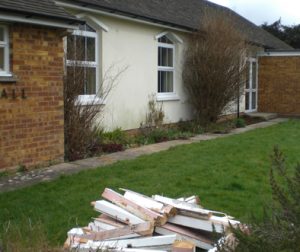 The Carnival Evening at the Village Hall with Salsa Oxford did not recapture the fun and success of the group’s previous visit to the village – poor support on the evening did not help to swell the funds for improvements planned for the Hall. However, following successful grant applications, double glazed replacement windows and Fire doors were fitted to the Hall and new crockery was ordered to replace the mixed assortment of china in the kitchen. 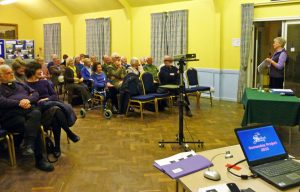 The Sibfords’ Society held its AGM and a presentation was made to Maureen Hicks, the retiring Chairman who passed over the gavel to Bryan Mills. The evening  continued with an Open Village Meeting when members of the steering group for Domesday 2010 gave a presentation explaining the comparative nature of the survey and the anonymity of the Householder’s Survey form which is to be distributed, via the Sibford Scene, to every household in the Sibfords and Burdrop. 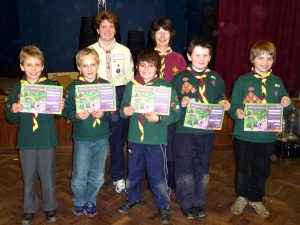 The Assistant District Commissioner for Cub Scouts in the Banbury District came to First the Sibfords Cub Scout Pack during their Friday evening meeting to present 5 boys with their Silver Awards – the highest award that a Cub Scout can achieve. Congratulations to all of them and to their leaders who have guided and encouraged them to reach this high standard. The ADC Scouts also came to the Sibfords in March to invest 3 new Scouts into the troop.

Both Parish Councils met during the month and the main area of discussion was around the Draft Core Strategy of the District Council’s Local Development Framework. This important document sets out the long term plans for how the district will grow and change over the period to 2026. The Sibfords are regarded as a Class A Village because of the amenities we currently enjoy – ie a shop, a surgery, a primary school, a pub and a bus service. Together with 4 other villages we are scheduled to receive a share of 250 new houses to be built over the next 16 years. A public meeting will be held in April to consider and formalise the villages’ response to this Draft Document. Oxfordshire Rural Community Council has set up a network of local Public Transport Representatives (PTR’s) to give communities a means of voicing their needs and concerns about local transport issues. A local villager has agreed to act as PTR for the Sibfords – any comments and questions for him should be addressed through either of the Parish Clerks.

The Neighbourhood Policing Team for the Banbury Rural Area – part of Thames Valley Police, held a Drop-on Surgery in the Village Hall Car Park so members of the public could raise matters of interest or concern in the villages. This facility is welcomed as police presence in the villages is stretched due to the large area this special team have to cover. Our Neighbourhood Watch Group reported that sheep were being worried by loose dogs in the parish and this was of great concern as lambing was underway. Dog owners were reminded to keep their dogs on leads at all times when near livestock. “Frog watch” is also underway with slightly warmer weather arriving by the middle of the month. Drivers and pedestrians are asked to try to avoid frogs returning the Sibford Gower Pond to spawn. Frog numbers in recent years have declined dramatically and it will be interesting to see if this trend continues.

Sibford School held an Open Morning for prospective students due to start in September 2010 and many of their current pupils continued their fund raising efforts for their selected charities. The School Choir featured in a choral concert, held at St Mary’s Church in Adderbury which included some solo items. Village members of the Warriner Choral Society were also busy rehearsing for their concert in April that will include several sacred choral works including Gloria by Vivaldi. The Benefice choir too were rehearsing for their choral contribution to the annual Benefice Service of Words and Music to be held on Good Friday, 2nd April in Broughton Church.

The Lenten Austerity lunches and Lent Discussion groups continued within the Benefice and the Benefice Palm Sunday service was held in Epwell Church after processing around the village led by Percy the donkey reminding us of Christ’s triumphal entry into Jerusalem riding on a donkey. The Annual General Meetings for the majority of the parishes were held during the month when accounts were received and members of the PCC appointed Church Wardens and other officers for the forthcoming year.

Spring was officially heralded on 21st March when we were enjoying warmer brighter days and on that day the more energetic of us were encouraged to “Run a Mile” for Sport Relief. This biannual charity raises money for worthy causes in both the UK and overseas and during the whole weekend three days of energy, entertainment and events are held in support of Sport Relief. Our local mile run was sponsored by the supermarket chain, Sainsbury and was held in Bloxham. Over the weekend in excess of £30 million was raised – a remarkable total in difficult economic times.

The much-awaited daffodils finally showed us their glorious golden heads, primroses appeared in the hedgerows and overnight on Saturday 27th March we forwarded our clocks by one hour – British Summer Time had begun. However, on the final day of March exceedingly cold north-west winds arrived chilling us all again as we looked forward to Easter. Frost was forecast and Scotland and the North East of England were experiencing very difficult weather conditions – falling snow and blizzards with some snowfall predicted to be as much as 50cms in the highlands! Winter still seemed keen to keep us in its clutches but the rooks are nesting high so we hope for a good summer to come – only time will tell!