The ‘summer season’ in the villages continued during July and villagers were in party mood when they welcomed back the Rock, Soul, and Blues Band, “Damn Right I Got the Blues”. We are fortunate that this renowned band enjoy a country weekend in the Sibfords hosted by their bass guitarist who lives in the Gower. The Village Hall rocked to their music throughout the warm evening and a barbecue, bar and over 100 guests 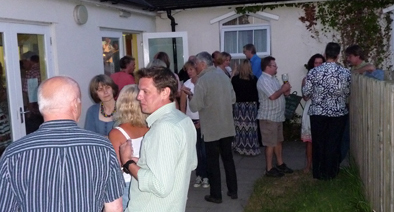 ensured that the evening was a financial fund-raising success as well. On a different stage the older Primary School children put on the American musical ‘Bugsy Malone’ for their friends and parents. A challenging production was performed with true professionalism, wonderful characterisation and brilliant dancing all delivered with an American gangster-like drawl – a real achievement for 10-11 year olds. 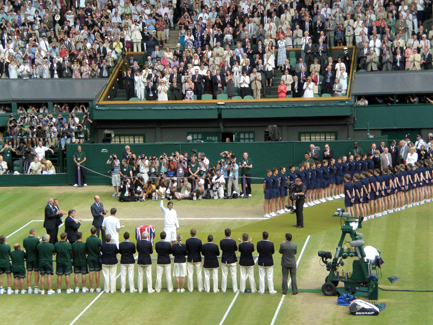 The Wimbledon Tennis Championships came to a close with wins for Rafael Nadal and Serena Williams. The whole fortnight was totally unaffected by rain so, although the new sliding roof on Centre Court was available for use it remained retracted and fully open. The tennis crowds were able to enjoy the normal tons of strawberries and gallons of Pimm’s in warm temperatures and beautiful sunshine! In contrast, the early exit of England from the World Cup Football left retailers with excess quantities of beer and other merchandise. The final match disappointed in the quality of the football largely due to the tactics deployed by the Dutch team. Their opponents, Spain, who had played some excellent free-flowing football in earlier rounds won by a single goal scored in extra time. Scenes relayed around the world by television from Amsterdam and Madrid showed the vast crowds supporting their national teams watching the game on outdoor large screens. Equally, the scenes of joy in Madrid and the disappointment in Holland were also relayed to the huge worldwide television audience. 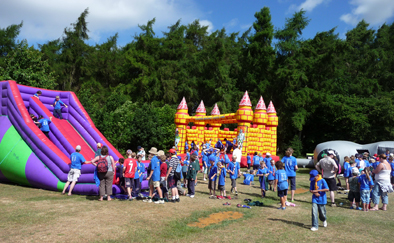 Some of our village young people celebrated in their own way by attending a camp at the District Scout Camp site in Horley. Over 1000 Beavers, Cubs and Scouts from the Bicester and Banbury District joined together in camp to celebrate the centenary of the Scout Movement in our area. In fine weather they were able to enjoy a whole range of outdoor activities organised for them. The WI were not so fortunate as a wet afternoon necessitated a change of arrangements for their summer garden party meeting due to be held in member’s garden in Shenington. They had to move indoors and enjoyed a social afternoon with tea and cakes in the Village Hall – a disappointment as much work had gone in to preparing the garden for its special visitors. 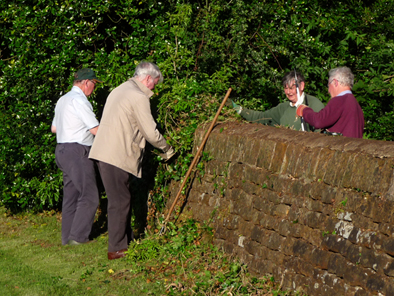 The Churchyard Working party continued their hard work clearing ivy from the stone walls, and pruning and clearing undergrowth at Holy Trinity Church. Several dates were set aside to continue the work and extra work was created when a part of the bulging, recently cleared wall collapsed into a large pile of stone near to the War Memorial. Fortunately, George Hall, who had faithfully delivered milk in the villages until his retirement some years ago, had learned the skills required from his father before him and kindly rebuilt the whole 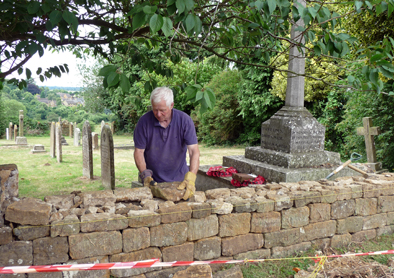 damaged section of wall. He had only just completed painting the metal gates and seat at the church entrance so the grounds were looking in better shape. However, since the last major expenditure on re-roofing, decoration and organ maintenance and re-siting some 11 years ago the PCC decided to appeal to villagers to put the church on a better footing for present and future repairs to the church building. Estimates have already been received for over £5000 to carry out work on existing damp problems and other vital repairs so appeal letters were delivered to all households asking for a regular financial commitment, however small, to help meet these ongoing expenses.

The annual Church Fete was held on a bright sunny Saturday afternoon so teas could be served out of doors. Stall holders encouraged people to buy their goods or try their skills at all the various games on offer. An enjoyable afternoon resulted in a grand total of £1077 towards much needed funds for the Church. During the month we learned that our Rector, Canon Rev. Timothy Wimbush was unwell and required treatment that would mean he would be unable to work for the next six months so the Wykeham Benefice would need additional support from the clergy who already help in the six parishes within the Benefice. Tim received many good wishes for his recovery and he, Erica and his family were very much in the thoughts and prayers of the local community.

On a warm summer Thursday evening members of the Sibfords Society met at the Friends Meeting House to hear about the history of the Meeting House on a site where Quaker Meetings have been held since 1668. Two of the Society’s members, Ina and Arnold Lamb joyfully recounted stories and details of the Sibford Friends referring to letters, books and documents which have carefully recorded events from the past. They answered the many questions which arose and the whole evening was most informative and enjoyable. The Domesday Steering Group met and discussed how the data from the various surveys would be analysed and reproduced on the Village Website. A list of people to interview regarding the duties and work they carry out in the village community was prepared and they would be contacted in the next few months. It was also decided to contact all the businesses in the villages who regularly advertise in the village newsletter, The Sibford Scene, so that the services currently offered in 2010 could be compared with those offered in the 1877 survey within the villages.

Both Parish Councils met during the month and the usual business was conducted including commenting on planning applications, maintenance of the Church Burial Ground, sites for Affordable Housing and progress towards the erection of a MUGA (multi-use games area) in conjunction with Sibford School. It is hoped that this would be the first part of a scheme to provide a recreational area for older/teenage children in the villages not served by the play area in Cotswold Close. 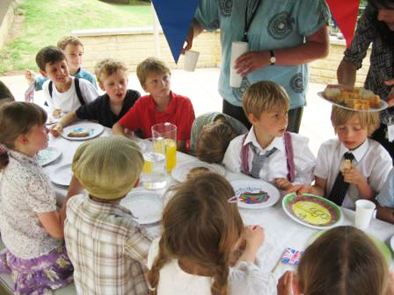 The school year came to an end and the Primary School children had taster sessions in the new classes into which they would be going in September. If they were moving to the Warriner School for their Secondary education they joined with other schoolchildren from the nine feeder Primary Schools to enjoy a period of transition to familiarise them with their new class mates and much bigger surroundings in Bloxham. Presentations were made to staff leaving, a service was held for those children leaving school and, following a project on World War II, the Year 3 children held a VE Day Party complete with red, white and blue bunting and food prepared using recipes from the 1940’s.

The Cricket Club enjoyed a month of mixed fortunes with only one win recorded during July and, with the team augmented by village students returning home from University, it is hoped that the team will return to winning ways. Village youngsters who aspire to become the sportsmen and women of the future were offered free weekly sports sessions on Wednesday evenings on the playing field behind the Village Hall. All kinds of activities and games were offered by Cherwell District Council during the school summer holiday break. We were fortunate to retain this series of ‘Youth Activator’ sessions in light of the many cuts in services at local and county level outlined by the councils as a result of reduced central government funding. Sibford School also published a timetable when their excellent swimming pool would be open for extended public sessions throughout July and August – so plenty of opportunities to keep fit and healthy and enjoy sport with friends or family during the summer break. 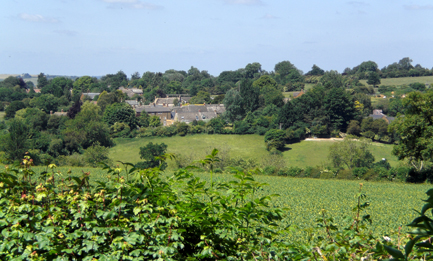 So, schools are out for the summer, visitors arrived in the village to spend their vacation in our quiet village whilst villagers packed their suitcases and left the village to take their holidays both in the UK and abroad. Most of the village organisations took a summer break and relaxed holiday mode was very much the feeling in the villages at the end of July.