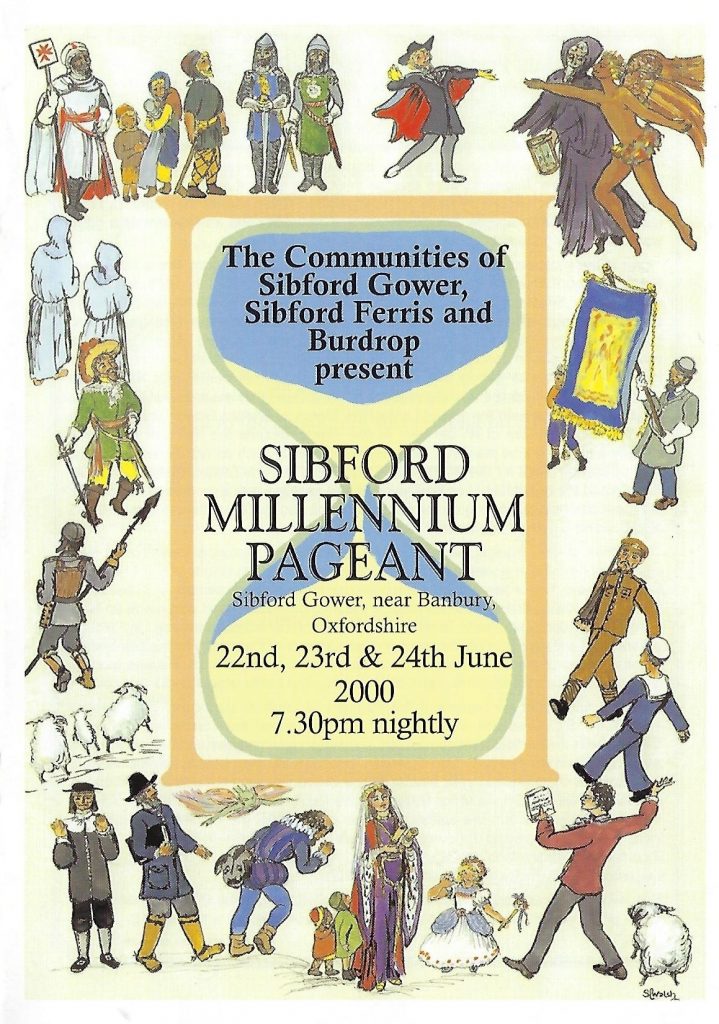 The Sibfords Millennium Pageant was a community project to celebrate the year 2000. It depicted important events in the life of the three communities of Sibford Gower, Sibford Ferris and Burdrop; events that were often of national and sometimes international importance.

This small north Oxfordshire community has reflected the development of life in rural England from Early Roman times through to the start of the third millennium.  Names and locations have revealed a wealth of history and formed the basis of research that led to the creation of this exciting project.

The pageant took place in June 2000 with three performances in the evenings of  22nd, 23rd and 24th.  A sloping site at the rear of Greenacres  and to the west of Wheathills provided and ideal amphitheatre. 133 people were involved in the production, either acting, backstage or in administration roles. There is a lot more information in the official programme as 2-page spreads  or for small screens as single pages .

A brass plaque inscribed with the names of all those involved was embedded in a large piece of Hornton stone and this together with a yew tree marks the stage area. Lady McLinstock, High Sheriff of Oxfordshire, planted the tree, unveiled the plaque and buried a time capsule under the stone in a ceremony in 2001.

Original footage of the pageant was edited into a DVD in 2010 to celebrate the 10th anniversary of the production, which you may watch below. Don’t panic – there is no sound for the first 30 seconds! 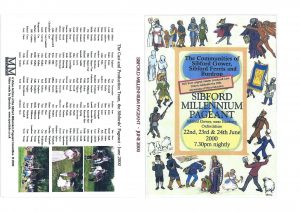