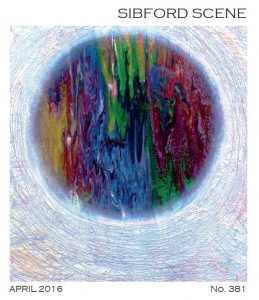 The Sibfords are No 1

The Sibfords are No 1 in The Times list of ‘most desirable’ villages in the south of England. Hardly news to us …

In mourning Paul’s passing, I have been thinking about all he has done for the village during the 17 years we were blessed to have him amongst us. He and Margaret completely changed the environment for us, initially allowing us to use the field for the Millennium Pageant, which fitted so beautifully into such a fantastic setting. Once that was over he started creating a glorious woodland. It is a great sadness that he will never see its full glory, but it is already a very special place. Having created it, he then shared it with us all: “Why would I want to keep it to myself?” he replied when I mentioned this to him.

Around it Paul planted and tended a hedge – a proper mixed hedge just as our forefathers would have planted, it even contains a burnet rose. Then, all the trees, planted and tended so lovingly, and the flowers: snowdrops, crocus, primroses and daffodils in the Spring, then the massed bluebells. Fritillaries have appeared more recently,and if the land remains unspoiled they will spread into an amazing display in the late Spring.

All this is on our doorstep and can be walked every day. Thank you, Paul. Very few people can leave such an outstanding memorial and we shall remember you with affection and gratitude.

From April, Sibford WI will cease to exist in its present form because our membership is now too low to be viable. Three years ago we had almost 30 members, but numbers have gradually declined due to house moves, frailty or family health problems. All genuine reasons.

We have tried very hard to attract new members by placing notices in the Sibford Scene, the most recent by Jan Warner in October 2015 pointing out that we are not all ‘Jam & Jerusalem’ and inviting guests to meetings to see for themselves. Some have taken up the offer and enjoyed the meetings but were unable to commit to regular attendance.

Normally a WI folds due to lack of essential officers such as President, Secretary or Treasurer. Sibford WI is in the unique position of having all three, but we are all getting older and there are no younger members to succeed us. This is a very sad situation, especially as Sibford WI was due to celebrate its 88th anniversary this November.

So, what is the way forward? Rather than close completely, it is hoped an ‘enlargement’ can be formed with Hook Norton WI, which would make it easier to restart Sibford WI at any time in the future. There are nine paid-up members in Sibford WI, two of whom have dual membership with Hook Norton WI. For an ‘enlargement’ to take place, official procedures have to be followed and a secret ballot held by all paid-up members of both Institutes. Oxfordshire Federation Women’s Institute Advisor, Jane Finnerty, will oversee the voting, which will take place at a Special Meeting of Hook Norton WI on 19 April. If passed, the membership of the remaining Sibford members will be transferred to Hook Norton WI.

Whatever the outcome, Sibford WI will continue its 2016 arranged programme to conclusion in August. We meet for our AGM on Tuesday 12 April.