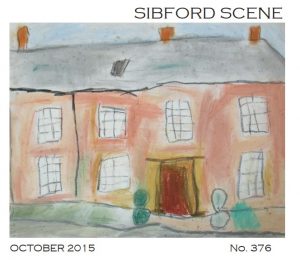 On 8 September, we met at The Wykham Arms for a sumptuous cream tea – our thanks to Debbie and Damian. Mollie Mulley was our special guest and she brought with her the brand new Sibford WI banner that has taken her eight months to design and handstitch. As she removed the cover for the presentation, there were gasps of admiration for Mollie’s exquisite workmanship depicting scenes of the Sibfords. Sibford WI was formed in 1928 and, until now, has never had a banner, and we are very grateful to Mollie for taking on such a challenging and lengthy task for the benefit of our Institute and villages. Our banner was in time to be included in the Oxfordshire Federation Banner Parade and Service on 15 September at Christchurch Cathedral, Oxford, celebrating 100 years of the WI. Glennis Hardman carried our banner, escorted by Lynda Conway. Barbara Crabtree, Valerie Taylor and Mollie also attended.

Our next meeting is on Tuesday 13 October, when Ronald Horniblew from Luton will share his experiences of being a Father Christmas over many years. Ron has entered and won many competitions and appeared on the Richard & Judy Show. His illustrated talk promises to be very entertaining and visitors are welcome to join us in the Village Hall at 2 pm.