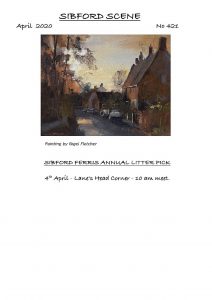 A fishy tale from the medieval period

The tradition of constructing and using fishponds in England began during the medieval period and peaked in the 12th century. Most fishponds were located close to villages, manors or monasteries so that a watch could be kept on them to prevent poaching. Fishponds were artificially created pools of slow moving freshwater constructed to cultivate, breed and store fish to provide a constant and sustainable supply of food. They could be dug into the ground, embanked above ground level, or formed by placing a dam across a narrow valley. A cutting or canal was dug to allow water to run into the fish ponds. The sides were usually made of course rubble and sluices coped with the swelling of the stream.

They were usually built by the wealthy sectors of society with the monastic institutions and royal residences often having large and complex fishponds. The difficulties of obtaining fresh meat in the winter and the value placed on fish as a food source and for status, may have been factors which favoured the development of fishponds and which made them so valuable. The main species of fish kept were eel, tench, pickerel, bream, perch, and roach. Large quantities of fish could be supplied at a time. Once a year, probably in the spring, ponds were drained and cleared.

Fishponds are widely scattered throughout England and there is evidence in the Trust Deed of 1842 for Sibford Ferris Manor (the old School and Manor development on Main Street) that “the land around the premises includes Fish Pond Close, of over five acres, together with water courses.” The medieval manor given to Henry de Ferres by King William I, which probably stood on or near this site, would have had fish ponds. In the valley immediately below, and near to the Sib, the contours of the land show various depressions suggesting that fish ponds may have been excavated there and can still be seen today.

Fishponds have also been found and partially restored at Holwell Grange on the border of Sibford and Swalcliffe, the monastic Grange for a small community of Cistercian monks for about 150 years during the 11th and 12th centuries.