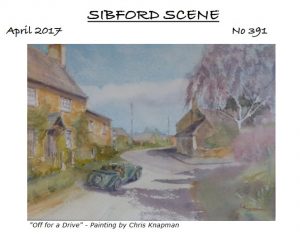 The medieval manor in Sibford Ferris

Leslie Baily extensively researched the village history and the following is an extract from his writing:

‘The Knights Templar acquired the whole of the Ferris manorial estate in the 12th century. They farmed it for 200 years, their first manor house was probably of part-timber construction, and the chances are that before the Norman invasion there was a Saxon moot hall on or about this site. Sibford is a Saxon place name. Once established on the most satisfactory site, the largest and most important house in the village – the manor house, where the agricultural community was administered and where the manorial court was held – was likely to stay more or less on the same site, pulled down and rebuilt in stone during successive centuries. The building was well sited for springs, its surrounding reddish-brown soil was highly productive, and the house lies just below the adjoining hilltops, giving shelter in wintertime.

There is evidence of a fish-pond a hundred yards away, along the side of the stream in the valley immediately below the Manor house. Temple Mill (the Templar’s Mill) is further down the stream, and there is documentary evidence of a former dovecote near the Manor. Pond, mill and dovecote were typical features of a medieval manor.

By a royal charter the Ferris gained certain privileges, for instance, it had the status of a ‘peculiar manor’, exempt from the ecclesiastical jurisdiction more usual in medieval England. This meant that the manor court administered wills, providing probate. This continued until the 19th century and the manor court was held in the entrance hall of the Manor building.”