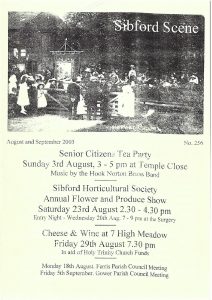 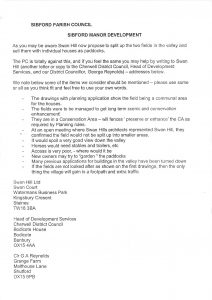 I cannot remember my first encounter with Dr Agnew although, in mitigation, I was in his car on my way to the Neithrop Maternity Unit. I was just about to be born!

My second recollection is almost as vague. It happened at primary school. We had to give the class an account of our recent weekend. Katrina his daughter said, in a very matter-of-fact kind of way, that her dad had been out at the weekend – flying in his aeroplane! This typified his joie de vivre.

Dr Sydney Agnew was born on 3rd March 1924 in Portglenone in Northern Ireland and was educated at the nearby Ballymena Academy. He went onto study medicine at Queens University in Belfast and graduated as a doctor in 1951, marrying his first wife, Josephine, (known to many as Peter), in the same year.

In between his studies he fostered a life long passion for flying when, at the age of eighteen, he volunteered to join the RAF, serving as a pilot for several years.

He always kept up his flying licence and in 1976 took a year out as a flying doctor in North Queensland, Australia. He was a member and one time president of the French and English Flying Doctors Associations.

In 1952 he came to work as a general practitioner in the village which undoubtedly he developed an uncanny affinity for. He was to live and serve in Sibford until his retirement. During these years he and Peter raised five children and were active participants in village life. He became very involved with the building of the new village hall which he officially opened in 1955 and for which he remained Chairman and trustee until his retirement. Sadly Peter died in 1984 and after his retirement in 1989 he went to live in North Devon.

Predictably, he remained active in his retirement both as a locum doctor and pilot. In 1998 he married his second wife, Celia, a fellow travelling companion and pilot.

He had a great love of horses both as an owner and breeder. He was a keen follower of the National Hunt and any true Sibfordian knew that you should try not to be ill during Cheltenham Gold Cup week!

He was a true countryman, aviator, horseman, socialite and GP but more than this, when you visited Nicholas Corner you not only went to see your doctor, you saw your friend as well.

Sydney Agnew was not just an integral part of the health and well being of our family for nearly forty years but also of the community that I grew up in. He was an intrinsic part of, and influential contributor to village life. We must all be grateful for that.