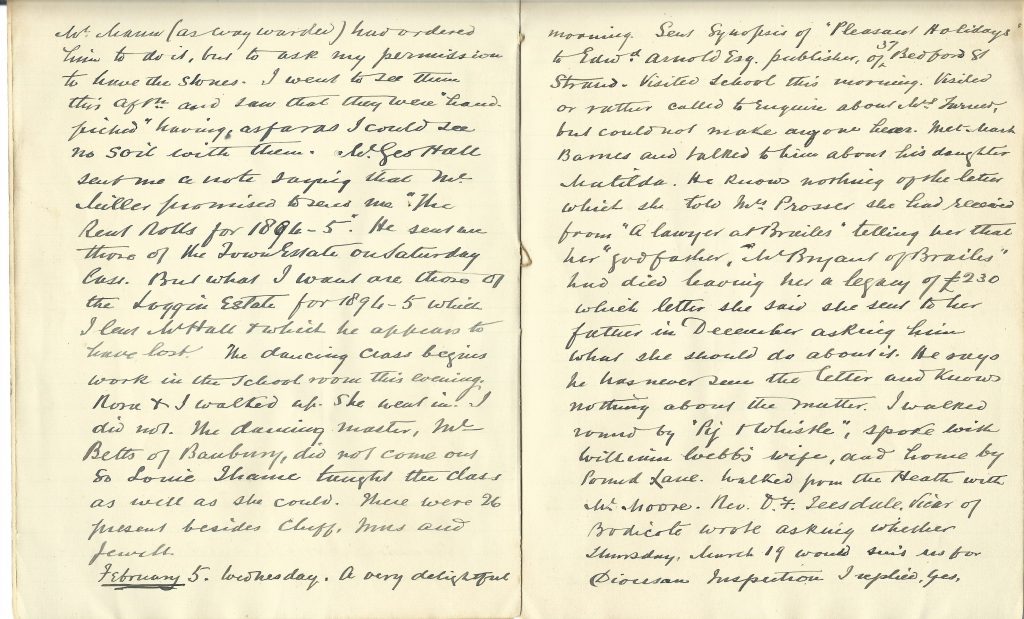 Visited school this morning. Visited or rather called to enquire about Mrs Turner, but could not make anyone hear.

Met Mark Barnes and talked to him about his daughter Matilda. He knows nothing of the letter which she told Mrs Prosser she had received from “A lawyer at Brailes” telling her that her “godfather, Mr Bryant of Brailes” had died leaving her a legacy of £230 which letter she said she sent to her father in December asking him what she should do about it. He says he has never seen the letter and knows nothing about the matter.

I walked round by “Pig & Whistle”, spoke with Mr Moore.