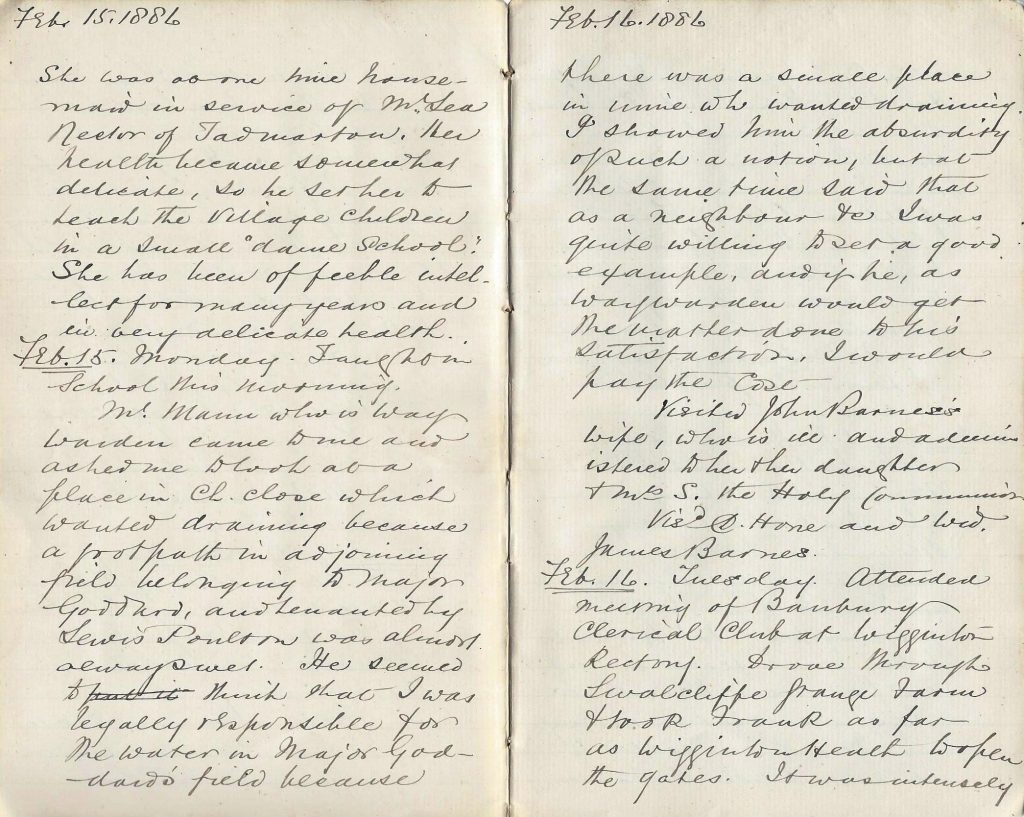 Taught in School this morning.

Mr Mann who is Way Warden came to me and asked me to look at a place in Church Close which wanted draining because a footpath in adjoining field belonging to Major Goddard, and tenanted by Lewis Poulton, was almost always wet. He seemed to think that I was legally responsible for the water in Major Goddard’s field because there was a small place in mine which wanted draining. I showed him the absurdity of such a notion, but at the same time said that as a neighbour etc I was quite willing to set a good example, and if he, as Way Warden, would get the matter done to his satisfaction, I would pay the cost.

Visited John Barnes’s wife, who is ill, and administered to her and her daughter and Mrs S. the Holy Communion.