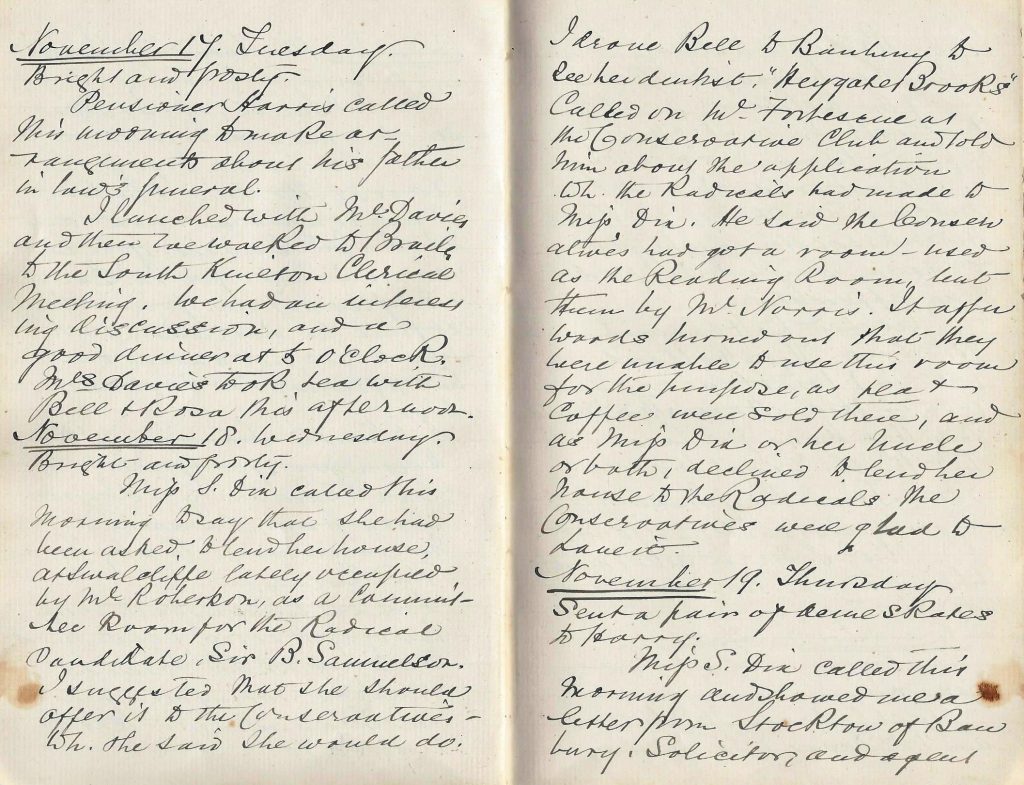 Sent a pair of some skates to Harry.

Miss S. Dix called this morning and showed me a letter from Stockton of Banbury, Solicitor, and agent for the Radicals asking her to lend her house for the use of the political party to which she is strongly opposed, (Samuelson being a Liberationist) and quoting scripture in the most disgustingly hypocritical way in support of his application.