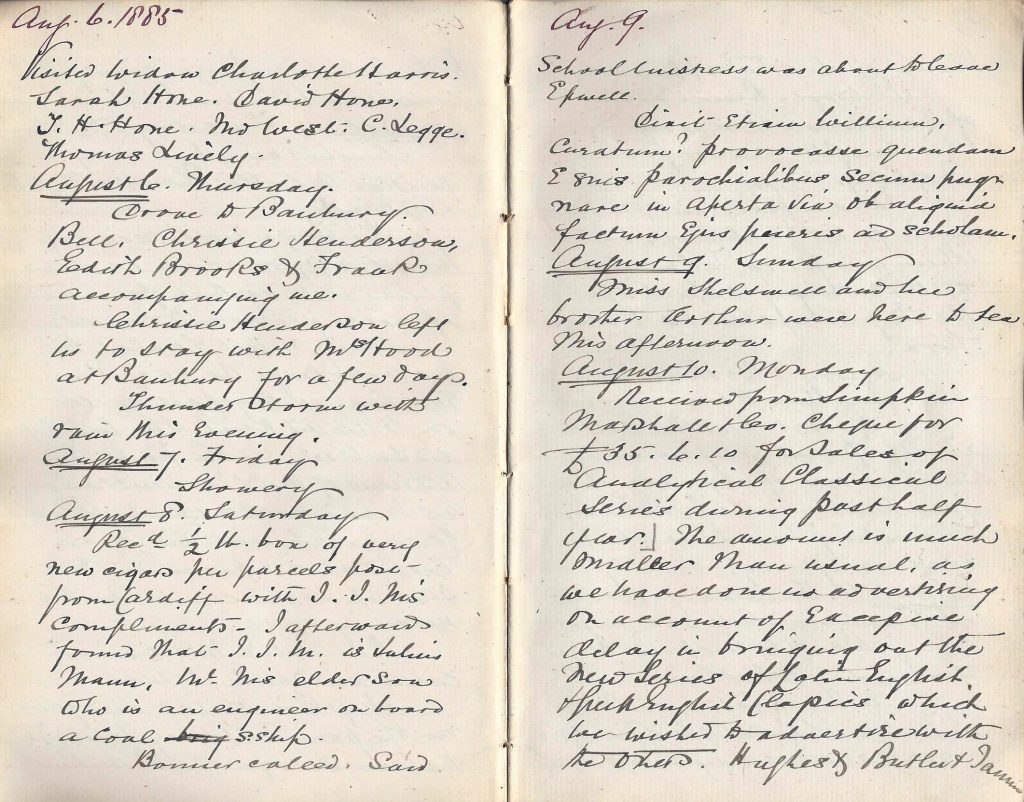 Received ½lb. box of very new cigars per parcels post from Cardiff with J. J. M’s compliments. I afterwards found that  J. J. M is Julius Mann, Mr M’s elder son who is an engineer on board a coal ship.

Bonner called. Said Schoolmistress was about to leave Epwell.

He also said that Willy the Curate had challenged one of his parishioners to fight with him in the open street on account of something done by his boys at school.