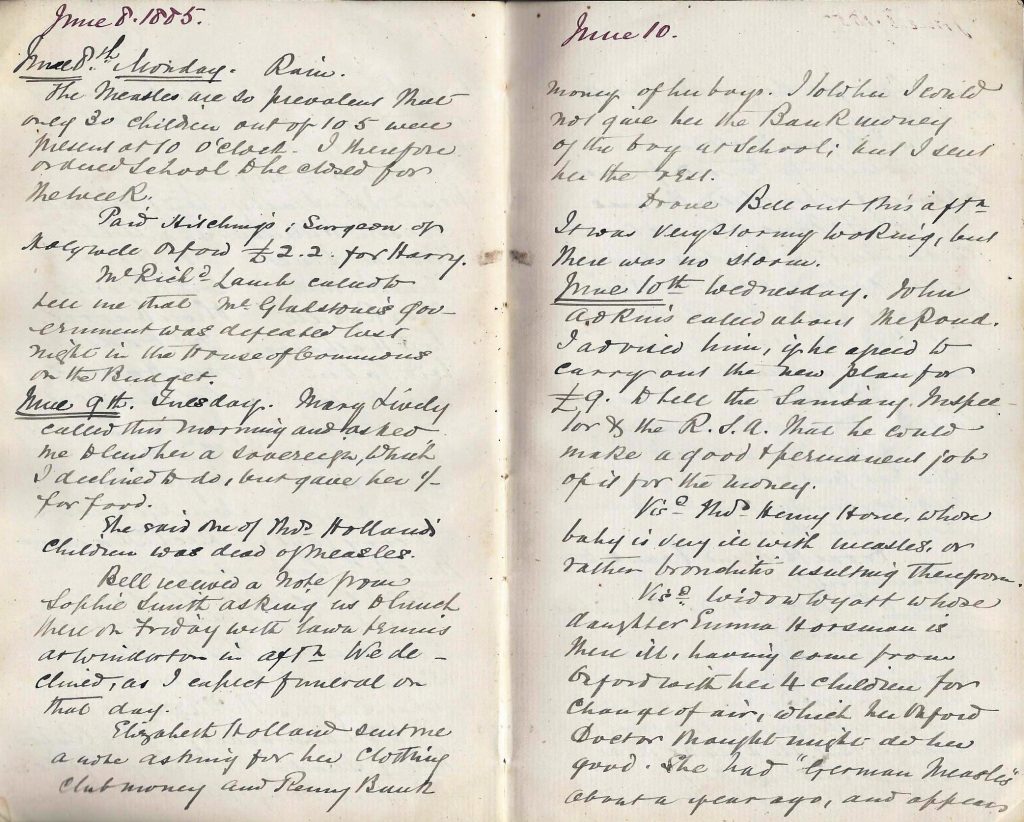 Mary Lively called this morning and asked me to lend her a sovereign, which I declined to do, but gave her 1/- for food. She said one of Thomas Holland’s children was dead of measles.

Bell received a note from Sophie Smith asking us to lunch there on Friday with lawn tennis at Winderton in afternoon. We declined, as I expect funeral on that day.

Elizabeth Holland sent me a note asking for her clothing club money and Penny Bank money of her boys. I told her I could not give her the Bank money of the boy at School; but I sent her the rest.

Drove Bell out this afternoon. It was very stormy looking, but there was no storm.