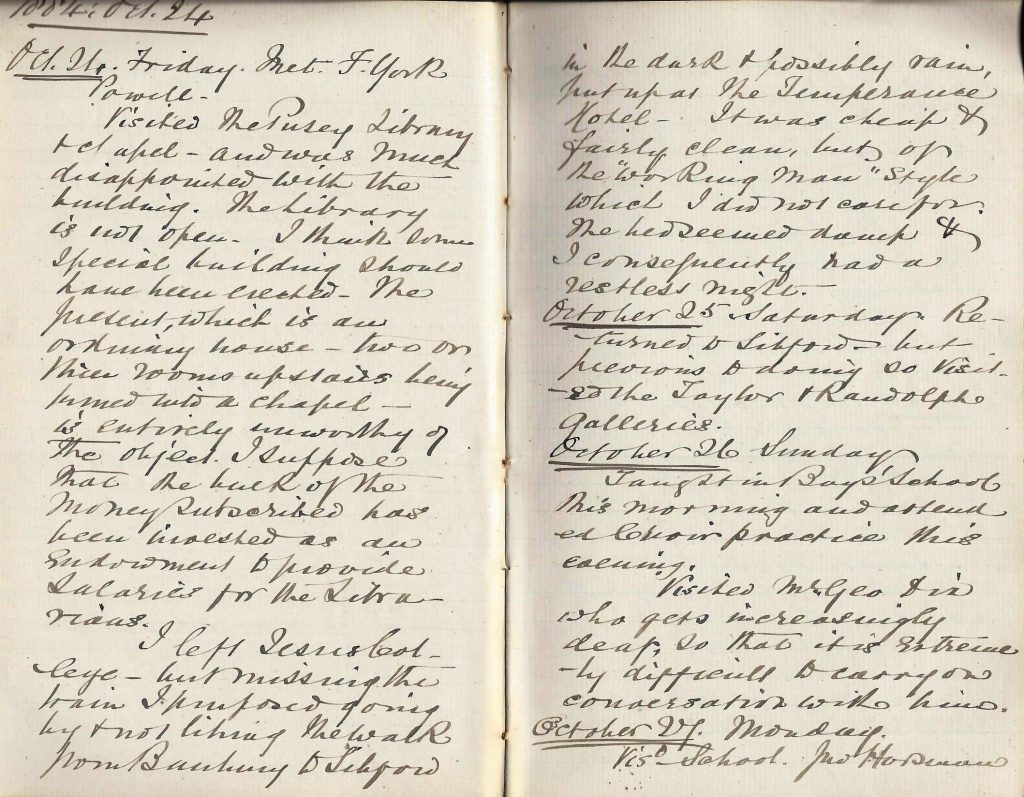 Visited the Pusey Library and chapel – and was much disappointed with the building. The Library is not open. I think some special building should have been erected – the present, which is an ordinary house – two or three rooms upstairs being turned into a chapel – is entirely unworthy of the object. I suppose that the bulk of the money subscribed has been invested as an endowment to provide salaries for the Librarians.

I left Jesus College – but missing the train I purposed going by and not liking the walk from Banbury to Sibford in the dark and possibly rain, put up at the Temperance Hotel. It was cheap and fairly clean, but of the “working man” style which I did not care for. The bed seemed damp and I consequently had a restless night.