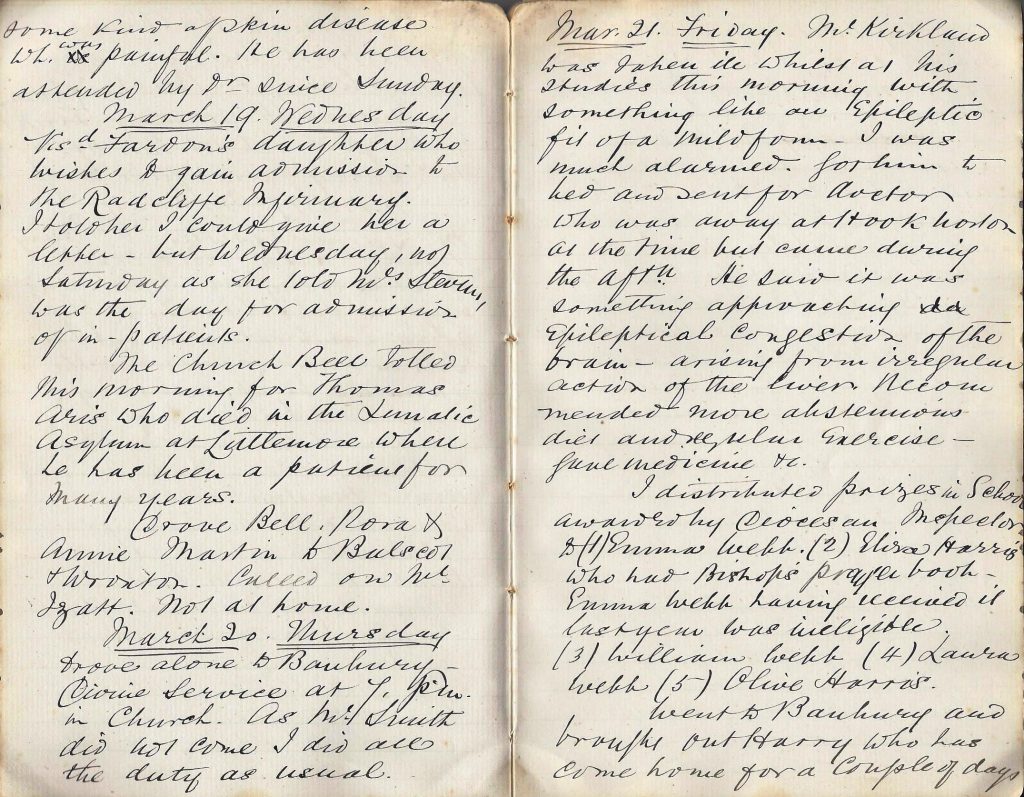 Visited Fardon’s daughter who wishes to gain admission to the Radcliffe Infirmary. I told her I could give her a letter – but Wednesday, not Saturday as she told Mrs Stevens, was the day for admission of in-patients.

The Church Bell tolled this morning for Thomas Aris who died in the Lunatic Asylum at Littlemore where he has been a patient for many years.

Drove Bell, Rosa and Annie Martin to Balscot and Wroxton. Called on Mr Izatt. Not at home.