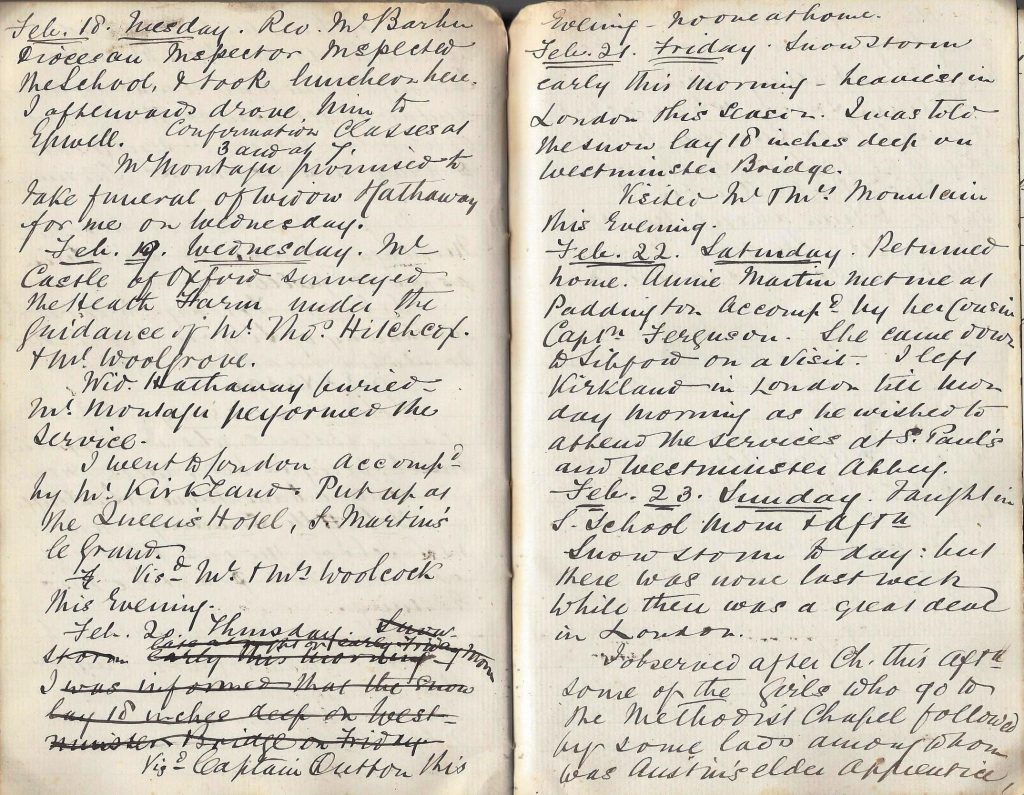 Taught in Sunday School morning and afternoon. Snowstorm today: but there was none last week while there was a great deal in London.

I observed after Church this afternoon some of the girls who go to the Methodist Chapel followed by some lads among whom was Austin’s elder apprentice, and the boy Lines who comes to my confirmation class – who were snowballing them. William Spicer who was not at Church last Sunday nor today was following them.

Visited Robert Austin and spoke to him about his apprentice. He gave him a pretty good character on the whole.