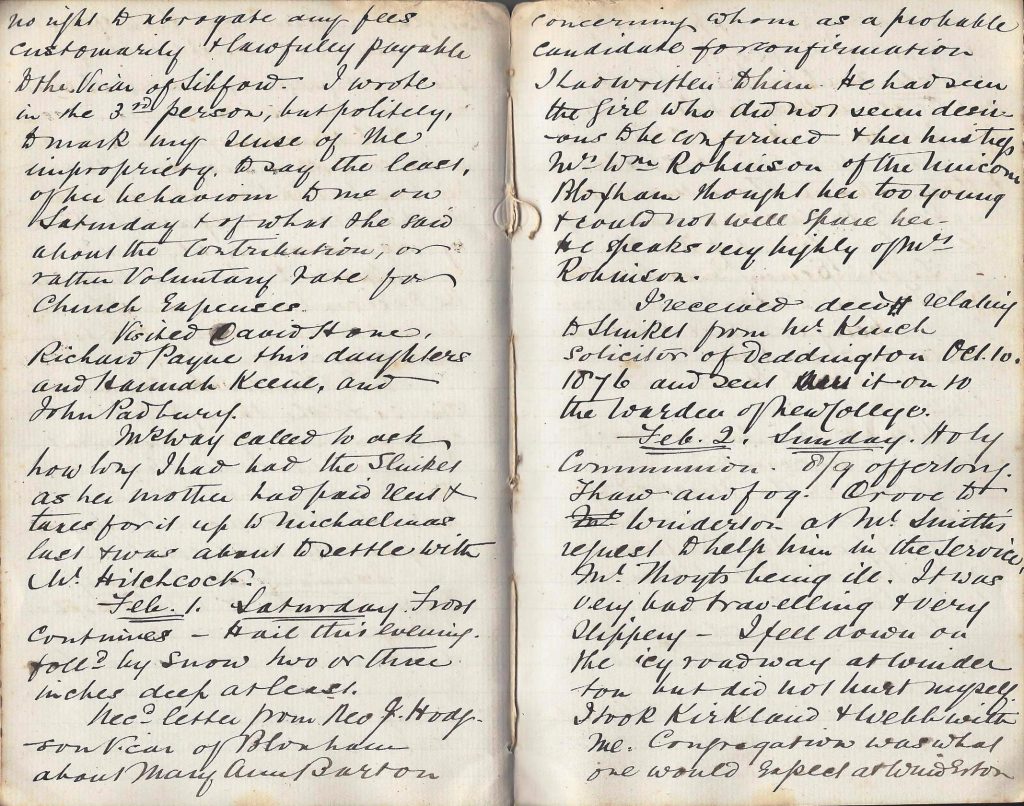 Received letter from Rev J Hodgson Vicar of Bloxham about Mary Ann Barton concerning whom as a probable candidate for confirmation I had written to him. He had seen the girl who did not seem desirous to be confirmed and her mistress Mrs William Robinson of the Unicorn, Bloxham thought her too young and could not well spare her. He speaks very highly of Mrs Robinson.

I received deed relating to Slinket from Mr Kinch Solicitor of Deddington October 10, 1876 and sent it on to the Warden of New College.