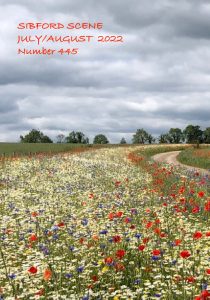 During the Second World War Leslie Baily gave the Scrapbook series a new look as Everybody’s Scrapbook , designed to provide a link with the Empire; the new formula pleased Canada and Australia as much as Britain. Another long-running series was Travellers’ Tales, “Adventures and misadventures, songs and stories from lands overseas, told by world-wide travellers”.

He wrote or compiled many books. Some were printed versions of his BBC programmes. His book about Gilbert and Sullivan was first published in 1952, and drew from, and elaborated on, his BBC series which was broadcast in six episodes in 1947. Baily and his collaborators drew on the book for the script of the film which was made in 1953 – The story of Gilbert and Sullivan, which brilliantly conveyed the spirit of what the G&S partnership was about.

He remained a loyal Sibford Old Scholar and in 1928 he made a film about the history of Sibford School. In 1935 he wrote a play entitled The Trial of William Penn which was broadcast in the UK and relayed to the USA as part of a special Jubilee programme for the BBC. It covered the trial of Admiral Penn at the Old Bailey in the years 1668 and 1670. In 1936 he wrote A Sibford Scrapbook and in 1946 he served as President of the Sibford Old Scholars Association having edited the SOSA Annual Report for several years beforehand. After the War Leslie Baily relaunched a public appeal to improve and extend the facilities for the increased number of pupils to include a school hall, classrooms, dormitories and household offices.

In 1949 he produced a second film about the life of Sibford School and I plan to cover the contents of these two films in another edition of the Scene. He spent time during the 1940-50s living in Sibford Gower at Gowers Close. He was a great fund raiser for the provision of a new Village Hall and promoted various lectures in the old School Room in the village Primary School. The new Village Hall was completed and opened in 1957 and in 1960 he published a booklet entitled Romans to Rock ‘n Roll for a local history exhibition in the Village Hall. It comprised a short history of the Sibfords, Swalcliffe, Epwell and Hook Norton District. This can be read in full on the Sibfords website. Although he was working on a much more comprehensive history of the village, called Off the Beaten Track, this, sadly, was never fully completed or published.