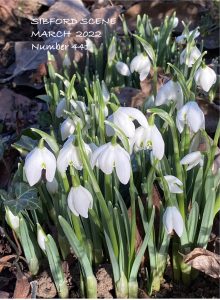 While researching an inquiry received via the Sibford website I had the privilege of talking to a gentleman, called Peter Coombes, who was evacuated as a young boy to Sibford Ferris at the beginning of the Second World War. In 1939 he was living near Croydon with his parents and two sisters. His father was an ambulance driver at Biggin Hill aerodrome – one of the main fighter staHons for the RAF and which played such an important role in the Battle of Britain in 1940. With his mother and two sisters, Peter was evacuated to Sibford Ferris where they lived in rooms rented from Mr and Mrs Hiles who owned and were living in Home Close. For three years they lived in part of what we now know as 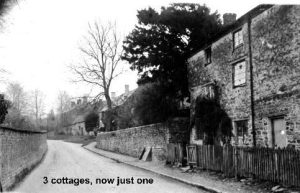 Mulberry Cottage on Main Street, Sibford Ferris, in a group of cottages just before Rymells Corner. He remembers the Reading Room and the passage- way along the edge of the main meeting room which led to stairs leading to the room above where the Home Guard used to meet.

He remembers a boyhood visit back to Kent to see the area where he had lived. He recalls the total devastation caused by bombs aimed to destroy the aerodrome. His father became very ill and could no longer work, so he too came to Sibford to recover. Once well enough, he became a delivery driver for the Co-op and delivered to the Co-op store in Sibford Gower. While visiting other local villages he found a larger cottage to rent in North Newington. The family moved to North Newington after three years in Sibford, and lived there for a further three years until, with three further additions to their family, they were granted a council house in Adderbury. Peter gained a place to Banbury Grammar School and met up with boys he had known while living in Sibford. He remembers a lorry arriving at his house at the beginning of the school year delivering him a bicycle so he could cycle to school each day in Banbury.

Now in his 90s Peter still lives in the same house in Adderbury, which he subsequently bought, and lives independently with support from his son who also lives locally. It is good to know that his evacuation to Sibford and time spent in this area as a young boy, has led to a long and full life living in this part of North Oxfordshire.