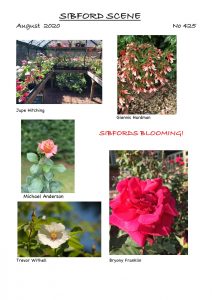 A lot of you will have seen the invitation from the two Sibford Councils on the website to comment on the proposed re-categorisation of the two villages. We have been asked what a change to Category B would mean. Roger Mallows, planning lead for the Gower Council explains:

As a consequence of the 2014 CDC Local Plan Review, Sibford Gower and Sibford Ferris were designated as one category A village for planning purposes. As a Category A village, this means that the Sibfords collectively are considered an appropriate location for further large-scale housing development e.g. as at Bloxham. By seeking to revise the categorisation to Category B (as it was prior to 2014), the potential scale of new housing development could be restricted to a smaller number (up to 10 dwellings according to current criteria) which is considered more appropriate to the character of the separate villages and their level of sustainability. The 2040 CDC Local Plan Review consultation document is due to be published later this month.

Mr and Mrs Frederick Green lived in Sunnybank on Main Street in the Ferris. He was a gardener at the Friends School. Mrs Green helped Mrs Long at the Old Bakehouse in the Ferris Post Office and eventually took it over and opened a Post 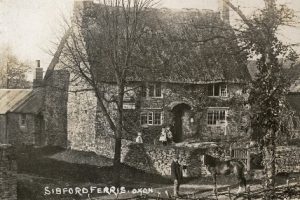 Office in her home at Sunnybank, (now known again as The Old Post Office). A post box was placed in the front wall.(pic) During the second World War their married son, Wilfred Green, left the village to serve in the military. His wife and their daughter continued to run the post office and introduced a small grocery business delivering goods by van to the Sibfords and other neighbouring villages. When Wilfred returned he built the shop next to his home but was not interested in moving the post office to his new shop known as ‘Greens’.

Mrs Green remained Post Mistress, and continued to run the post office from Sunnybank, sorting the mail which was delivered from Banbury at 5am. Once sorted it was delivered around the two villages. An ex soldier, Mr Haynes delivered in the Gower and Ferris and all the outlying farms on foot in all weathers. He was followed by Mr Wilfred Alcock who lived with his mother in the Gower by the Cross. He was also a member of the Sibford’s Brass Band. Mrs Rene Hall took over deliveries in the Ferris as the villages grew and the volume of mail increased. Mr Percy Haynes eventually took over deliveries in the Gower and Ferris but when he retired all mail was sorted in Banbury and delivered by two separate vans from Banbury. Sibford School had its own separate delivery. This service continues today and our post delivery people provide a personal and valued service to our village community.

When Mrs Green retired, the post office moved to Maria’s House on Mannings Hill and was run by Freda Woolgrove. A post box was installed outside the cottage and villagers can still post their mail there today. When Don Woolgrove and his wife, Freda decided to take over and run the Wykham Arms pub, the post office moved a few doors away on Mannings Hill, to Hill House, the home of David and Barbro Dyer. Barbro Dyer became the Post Mistress and Freda Woolgrove provided extra help. Mrs Dyer continued to run the service from her home for more than 25 years. At holiday times Mrs Woolgrove and Mrs Dyer were also helped by Mrs Joan Robinson. When the Dyers bought Greens Shop they continued to live in Hill House but the post office was moved into the shop where it continues until today.