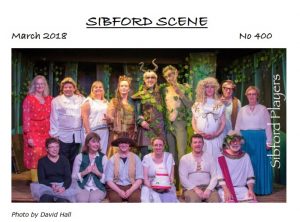 At least one Red Kite has frequently been seen soaring in the skies above the Sibfords over the last couple of months. These magnificent birds with their 5 foot wingspan and distinctive forked tail have had an interesting history.

In the UK the red kite was a valued scavenger during the Middle Ages that helped keep streets clean and was protected by a royal decree; killing a kite attracted capital punishment. Shakespeare described London as “The city of kites and crows,” and in A Winter’s Tale, reference is made to their reputation of adorning their nests with frilly material stolen from washing lines (including underwear!)

“When the kite builds, look to lesser linen.”

However, by the 16th century a bounty was placed on its head and, in common with many other birds of prey, it was relentlessly persecuted as ‘vermin’.

The red kite became extinct in England in 1871 and in Scotland in 1879. A small number survived in mid-Wales (maybe as few as 12 individuals). In 1989 a re-introduction programme was started in England and Scotland which has been incredibly successful in re-establishing this bird in the British countryside. 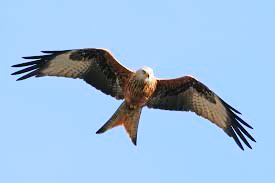 Although its clearly still winter the first signs of the coming spring are here. From early January spring flowers started to appear. Particularly noticeable this year was Gorse with its bright yellow flowers that have a distinct smell of coconut on sunny days. Gorse can flower in any month but is perhaps most welcome in the winter when there is little else around.

The first butterflies of the year should be around by the time this is published. 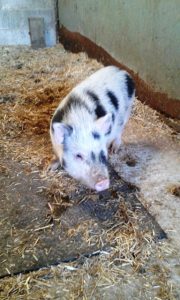 This (very friendly) pig who is often seen running around Sibford, decided to go to church this week, but was ushered out and put in the churchyard for safe-keeping…..