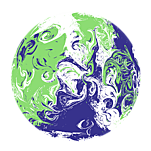 An ABC for Climate Change Action

Apocalypses are fairly infrequent occurrences
But lesser ones benight the world in bad and bloodied ways,
Create contagion and hideously covideous ongoing emergencies,
Death and diminished joy, doom-lading our days!
Elsewhere, events happen that we too easily dismiss being nowhere near us.
Faults and failings of Governments, even of their secret scams, DO NOT
Grab headlines … People were told ‘Global Warming’ was just a load of … fffuss!
Hypothetically … The Powerful had it all in hand! Doom-mongering was ‘utter rot’!
Ice Age warnings were mocked intemperately as fallacies.
Jokes about hippy pseudoscience claimed, ‘It’s-all-maaade-up!’
Krakatoically speaking though, many, had already sensed the rumbling of realities,
Lucidity impressing thoughts that ‘someone’ must fix up that poisoned cup!
Meanwhile, multinationally, whisperers of the wealth, still wheeled, still dealt around,
Notable, although just cogs; Limo riders ‘on the pulse’; nonchalant on private planes!
Oil, could, be left, it seems, in rock deep sleep beneath the ground.
Perniciously though, it’s the asset that fuels all Power’s games and gains!
Quintessentially, Power’s a parasite, at pains to drain … all … Earth’s blood.
Reality tells we lesser mortals too must leave less pointless residue from our lives.
Sensible swift change must happen now! And come in flood.
Tsunamis of change in thought to ensure our threatened planet thrives.
United, is where our minds must be for a diverse future life.
Visions, must, of great breadth, evolve … qualified by care … by enlightened dealing.
What else is there to do except bring out Truth’s … Cyberknife!
X-ray clarity to excoriate each lie, then, lucent honesty. And Healing!
Youth must not inherit those promiscuous pledges that are lies.
Zero action by each one of us, could mean … OUR PLANET … DIES!