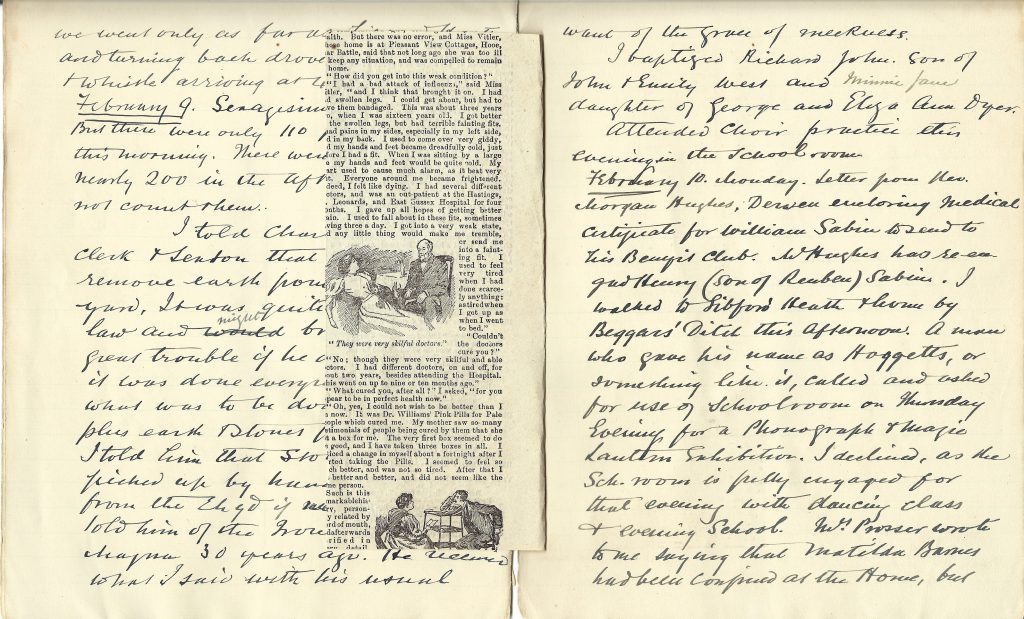 I walked to Sibford Heath and home by Beggars’ Ditch this afternoon. A man who gave his name as Hoggetts, or something like it called and asked for use of schoolroom on Thursday evening, for a Phonograph and Magic Lantern Exhibition. I declined, as the School room is fully engaged for that evening with dancing class and evening school.

Mrs Prosser wrote to me saying that Matilda Barnes had been confined at the Home, but the child died soon after its birth. She thinks there is no truth in the story of the “Lawyer of Brailes” and the “Legacy of £320.” I wrote telling her that Joseph Alcock said he was her godfather and not anyone named Bryant, though there was an “Evangelist” of that name about here at the time.

“Form IX” was sent back to me for a slight correction this morning. I returned it this afternoon.

Sally Hone sent here begging twice today, because Bell sent her a shilling and some wine last Monday. She wants coal, but her son W. Hall lives with her and ought to provide firing. She will have her 5 cwt. in a few days. She is a persistent beggar though she is surrounded by grown up children and grand children, and has a good deal of help.