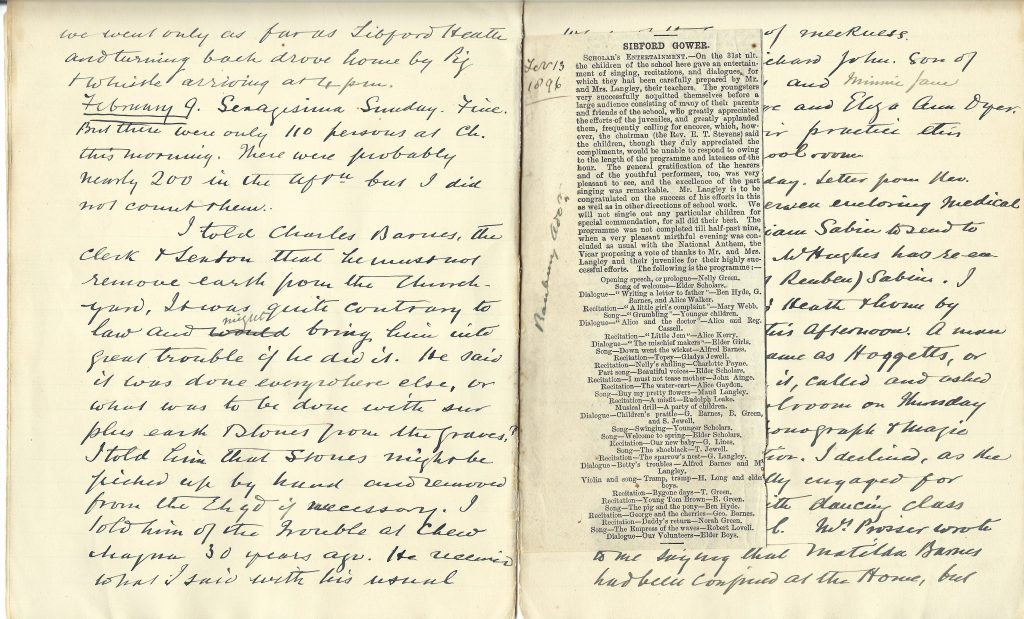 Sexagesima Sunday. Fine. But there were only 110 persons at church this morning. There were probably nearly 200 in the afternoon but I did not count them.

I told Charles Barnes, the Clerk and Sexton that he must not remove earth from the churchyard. It was quite contrary to law and might bring him into great trouble if he did it. He said it was done everywhere else, or what was to be done with surplus earth and stones from the graves? I told him that stones might be picked up by hand and removed from the churchyard if necessary. I told him of the trouble at Chew Magna 30 years ago. He received what I said with his usual want of the grace of meekness.

I baptized Richard John, son of John and Emily West and Minnie Jane, daughter of George and Eliza Ann Dyer.

The Chew Magna Churchyard Case, as reported in the Bristol Mercury of 18 May 1867, concerned a churchwarden charged with “desecrating the churchyard by having ordered or permitted the soil under a pathway thereof to be removed to a field of his own, together with bones and remains of human bodies formerly interred under the said path.” He was ordered to replace the earth and pay £100.