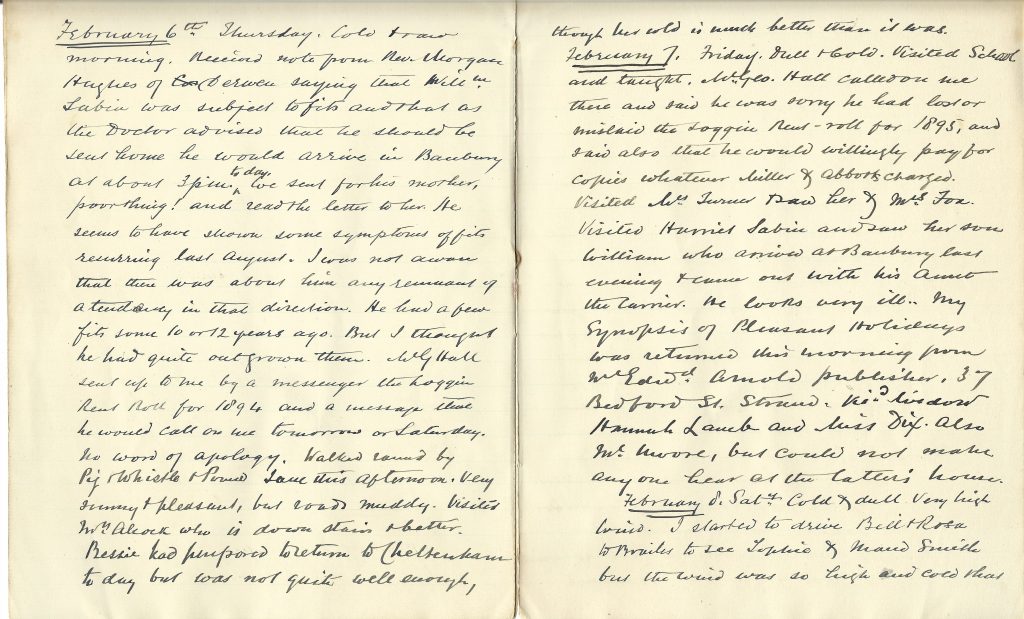 Cold and raw morning. Received note from Rev Morgan Hughes of Derwen saying that William Sabin was subject to fits and that as the Doctor advises that he should be sent home he would arrive in Banbury at about 3 pm today. We sent for his mother, poor thing! and read the letter to her. He seems to have shown some symptoms of fits recurring last August. I was not aware that there was about him any remnant of a tendency in that direction. He had a few fits some 10 or 12 years ago. But I thought he had quite outgrown them.

Mr G. Hall sent up to me by a messenger the Loggin rent Roll for 1894 and a message that he would call on me tomorrow or Saturday. No word of apology.

Walked round by Pig & Whistle and Pound Lane this afternoon. Very sunny and pleasant, but roads muddy. Visited Mrs Alcock who is downstairs and better.

Bessie had proposed to return to Cheltenham today but was not quite well enough, though her cold is much better than it was.