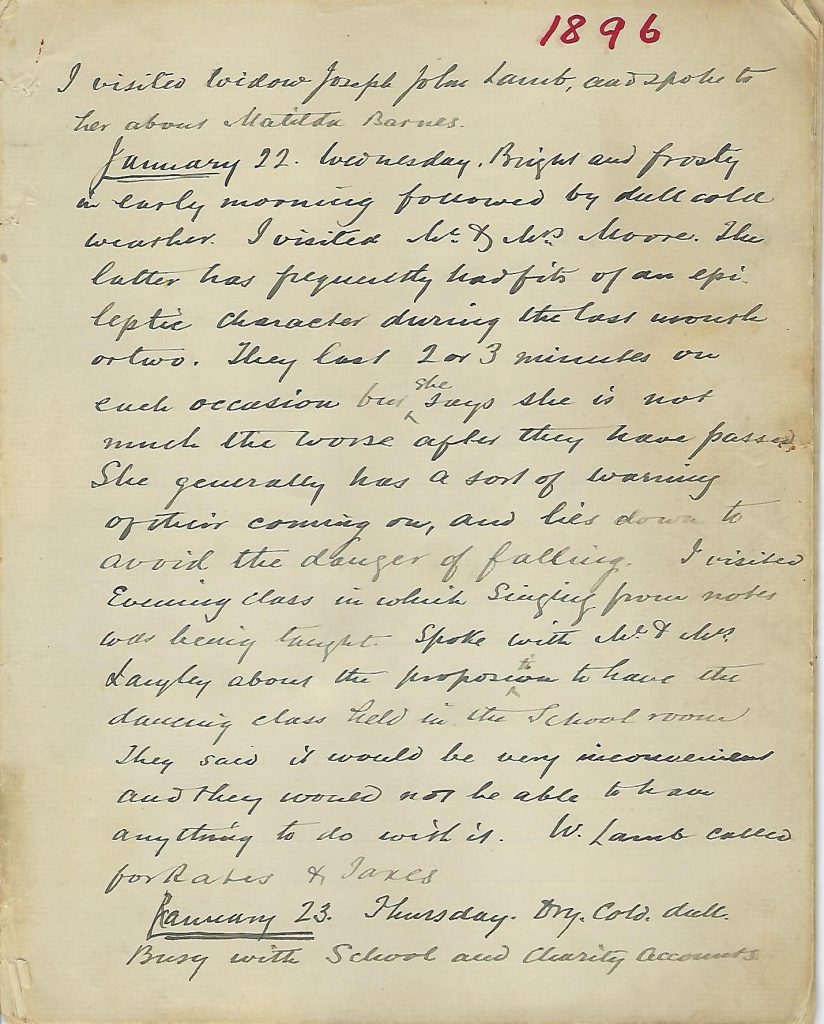 Bright and frosty in early morning followed by dull cold weather. I visited Mr and Mrs Moore. The latter has frequently had fits of an epileptic character during the last month or two. They last 2 or 3 minutes on each occasion but she says she is not much the worse after they have passed. She generally has a sort of warning of their coming on, and lies down to avoid the danger of falling.

I visited evening class in which singing from notes was being taught. Spoke with Mr and Mrs Langley about the proposition to have the dancing class held in the Schoolroom. They said it would be very inconvenient and they would not be able to have anything to do with it.