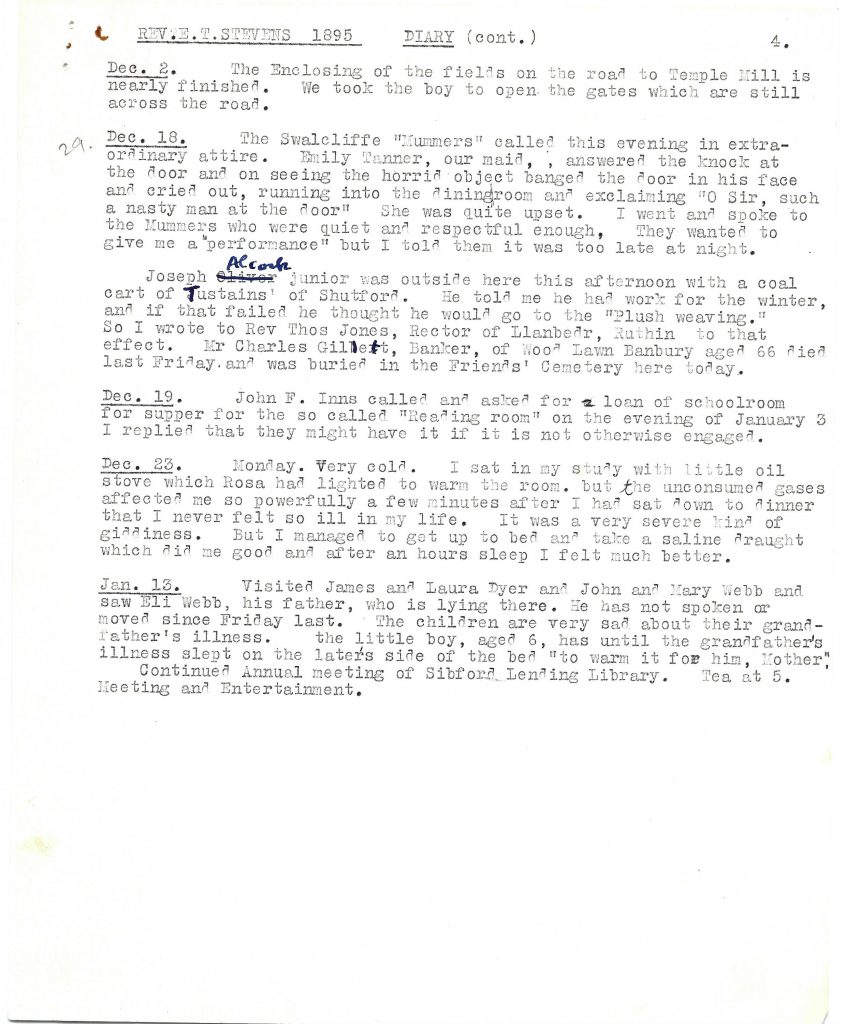 The Swalcliffe “Mummers” called this evening in extraordinary attire. Emily Tanner, our maid, answered the knock at the door and on seeing the horrid object, banged the door in his face and cried out, running in to the diningroom and exclaiming “Oh Sir, such a nasty man at the door”. She was quite upset. I went and spoke to the Mummers who were quiet and respectful enough. They wanted to give me a “performance” but I told them it was too late at night.

Joseph Alcock junior was outside here this afternoon with a coal cart of Tustains of Shutford. He told me he had work for the winter, and if that failed he thought he would go to the “Plush weaving.” So I wrote to Rev Thomas Jones, Rector of Llanbedr, Ruthin to that effect. Mr Charles Gillett, Banker of Wood Lawn, Banbury aged 66 died last Friday and was buried in the Friends’ Cemetery here today.