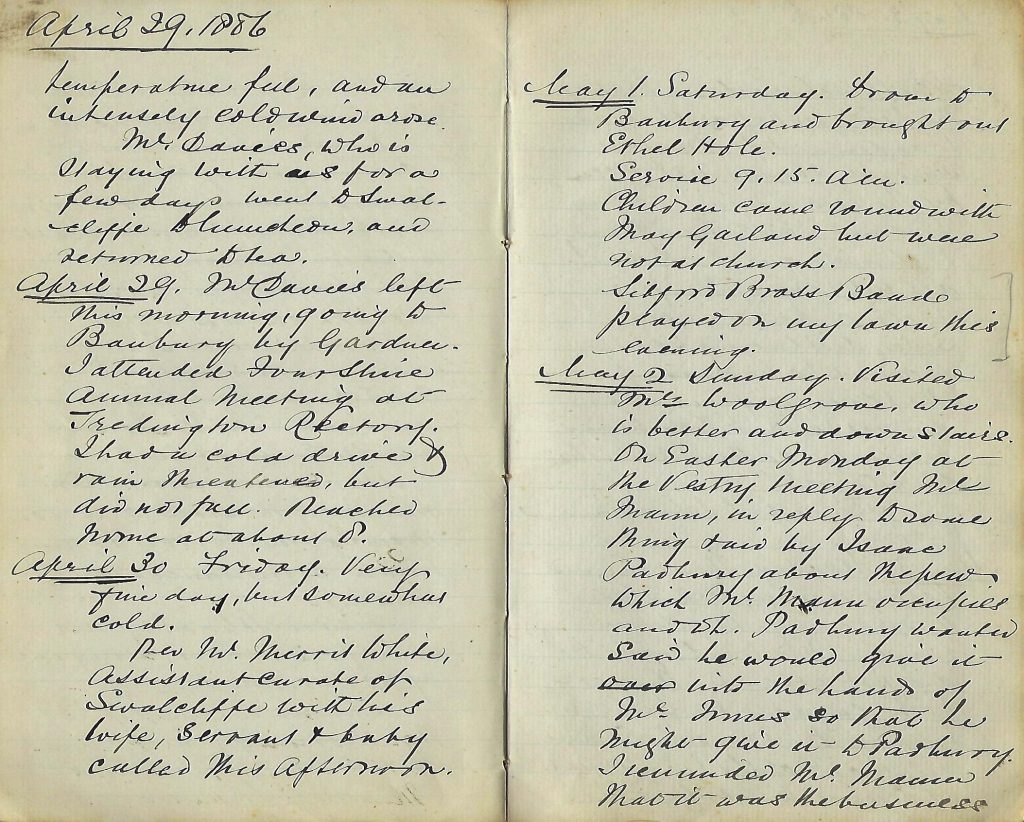 Visited Mrs Woolgrove, who is better and down stairs. On Easter Monday at the Vestry Meeting Mr Mann, in reply to something said by Isaac Padbury about the pew which Mr Mann occupied and which Padbury wanted said he would give it into the hands of Mr Inns so that he might give it to Padbury. I reminded Mr Mann that it was the business of the churchwardens to allot the pews, not of a churchwarden. Mr Mann said he should not occupy the pew again. Today he came with his family to church and took them all into one of the free seats on the women’s side, displacing some women who had occupied the place for years and di not seem to like being turned out of their accustomed sittings.