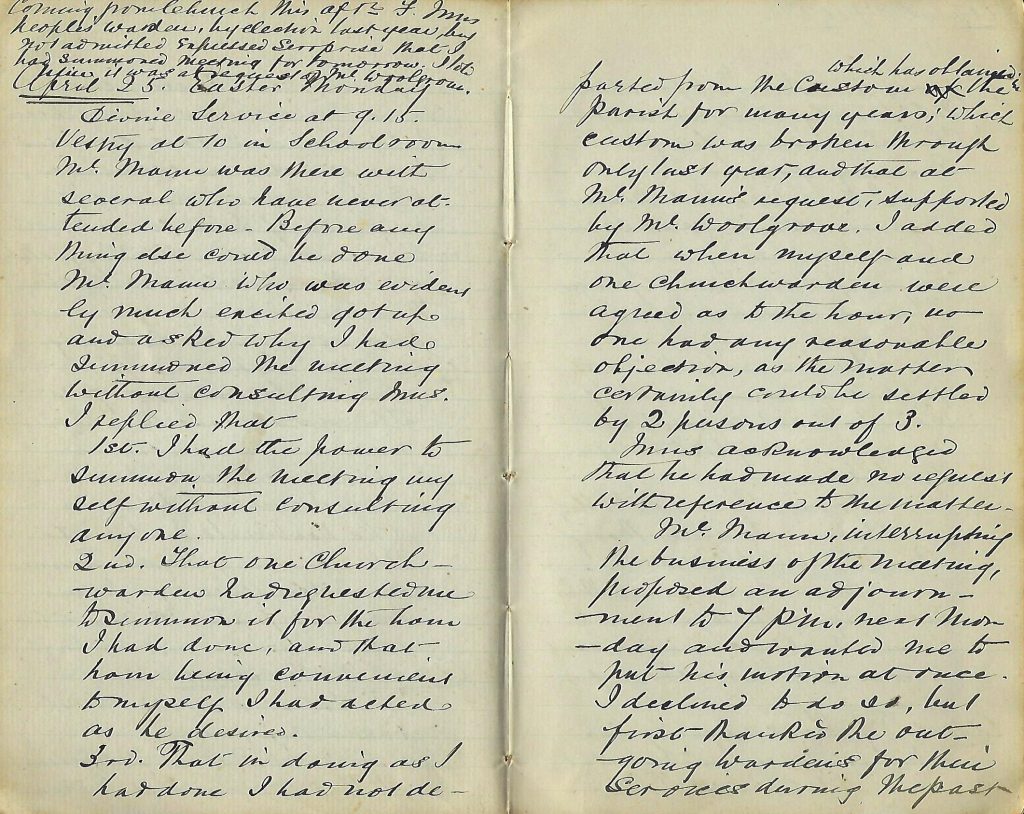 Vestry at 10 in Schoolroom. Mr Mann was there with several who have never attended before. Before anything else could be done Mr Mann who was evidently much excited got up and asked why I had summoned the meeting without consulting Inns. I replied that

1st. I had the power to summon the meeting myself without consulting anyone.

2nd. That one churchwarden had requested me to summon it for the hour I had done, and that hour being convenient to myself I had acted as he desired.

3rd. That in doing as I had done I had not departed from the custom which has obtained in the parish for many years; which custom was broken only last year, and that at Mr Mann’s request, supported by Mr Woolgrove. I added that when myself and one churchwarden were agreed as to the hour, no one had any reasonable objection, as te matter certainly could be settled by 2 persons out of 3.

Inns acknowledged that he had made no request with reference to the matter.

Mr Mann, interrupting the business of the meeting, proposed an adjournment to 7 pm next Monday and wanted me to put his motion at once. I declined to do so, but first thanked the outgoing wardens for their services during the past year, and then re-appointed Mr Woolgrove as my churchwarden for the ensuing year.

I then put Mr Mann’s motion which was carried, there being only myself and Mr Woolgrove present besides Mr Mann’s party.

Inns said he had not got his accounts ready, as he had not received money enough to pay the bills.

Miss Dix called this morning with reference to some sick communicants whom she had visited for me.