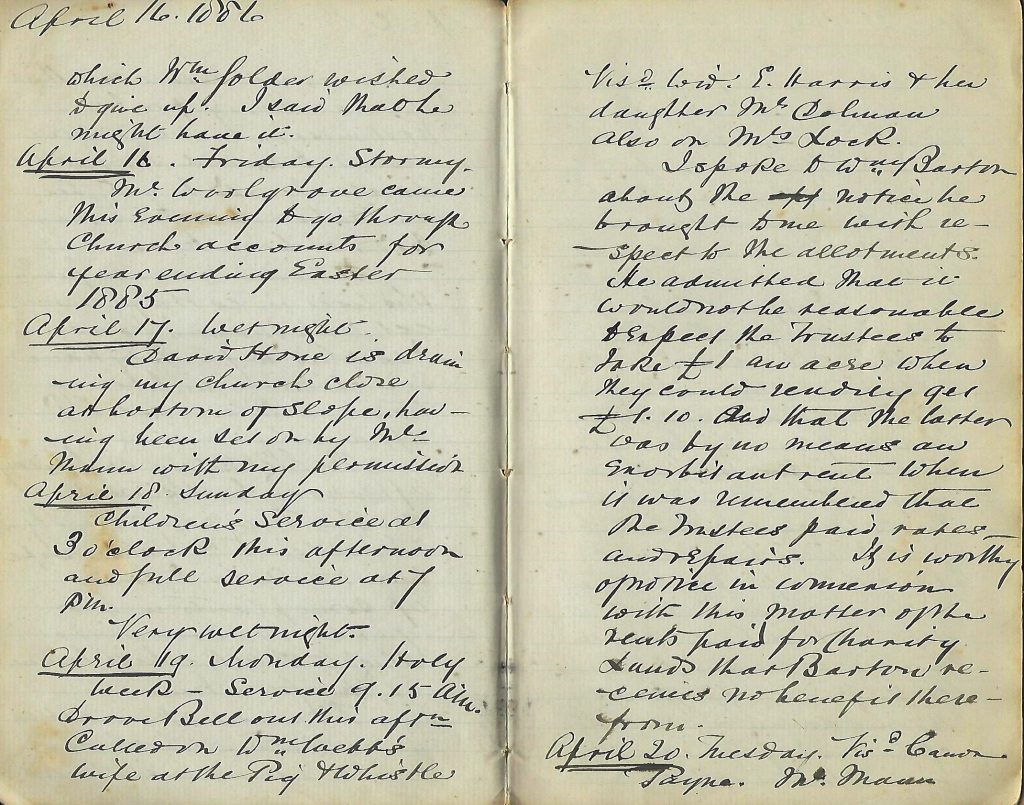 Visited Canon Payne. Mr Mann called this evening about the draining he has had done for me. Soon after he came in David Hone called for his money. I gave it to Mr Mann to pay him. He said it was 8/- with which Hone was “for once in his life” satisfied. I offered to pay Mr Mann for the tiles used, but he said I was welcome to them, they were not many and they were surplusage lying in his farm. He had no use for them and was sure the college would not object to their being used for such a purpose on the glebe of a parish in its gift : and that he could mention it to the authorities on the first opportunity. He made me a present of the cost of carriage and I thanked him for the trouble he had taken in the matter. He stayed an hour or two and made himself very pleasant.