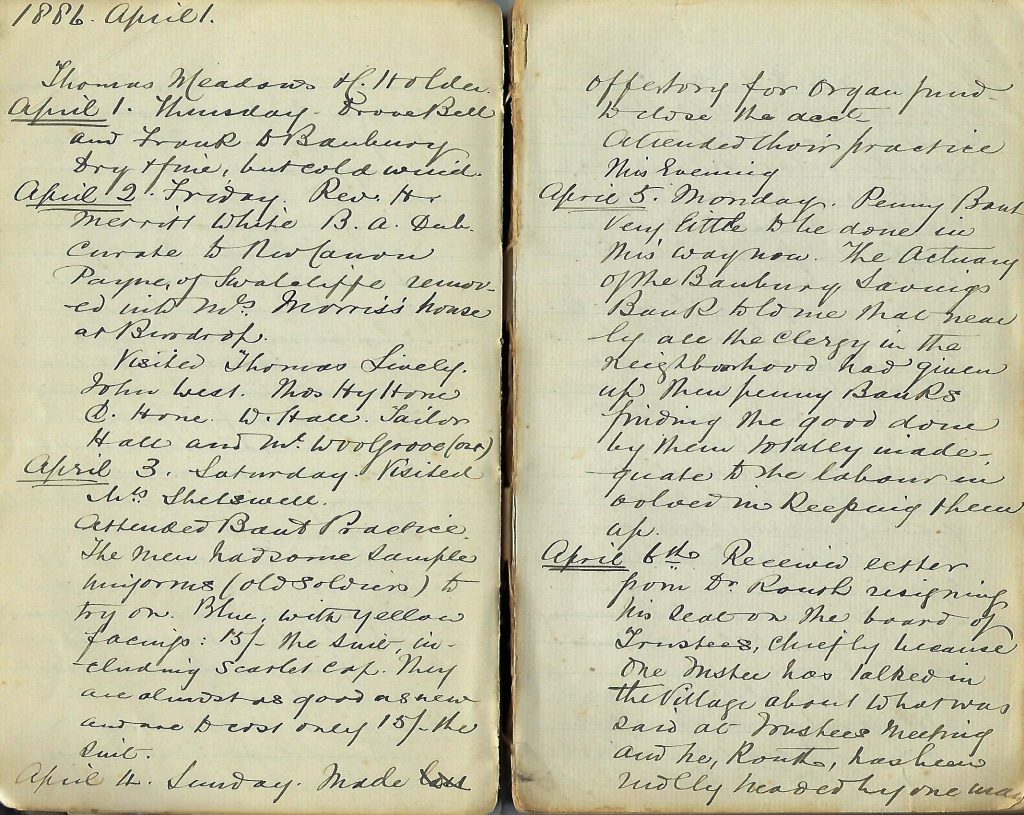 Received letter from Dr Routh resigning his seat in the board of Trustees, chiefly because one trustee has talked in the village about what was said at Trustees meeting and he, Routh, has been rudely treated by one man. He alludes to the conduct of Mr Mann who told Robert Austin that Mr Routh and all the other Trustees except himself voted against the farm being divided and let in part, to Robert Austin. Hence the Carter will not speak to Routh when he sees him. Routh told me this afterwards in his own house when I called to see him on the matter. He spoke very bitterly of Mr Mann’s conduct – but said he had his living to get by his profession and therefore did not wish to offend anyone.

Drove Bell to Banbury. Sent apples to Aunt Emma and to Bessie.

Visited Mr Woolgrove – Mrs Woolgrove was ill in bed. I paid Mr Woolgrove from Offertory the balance due to him on the organ account. Mr Mann told me he had given the receipt for the cash paid for the organ to Mr Woolgrove. Mr Woolgrove says he has never had it. Mr Mann has not given me particulars of receipts and expenditure on this account though he has been asked once or twice and has promised to do so.