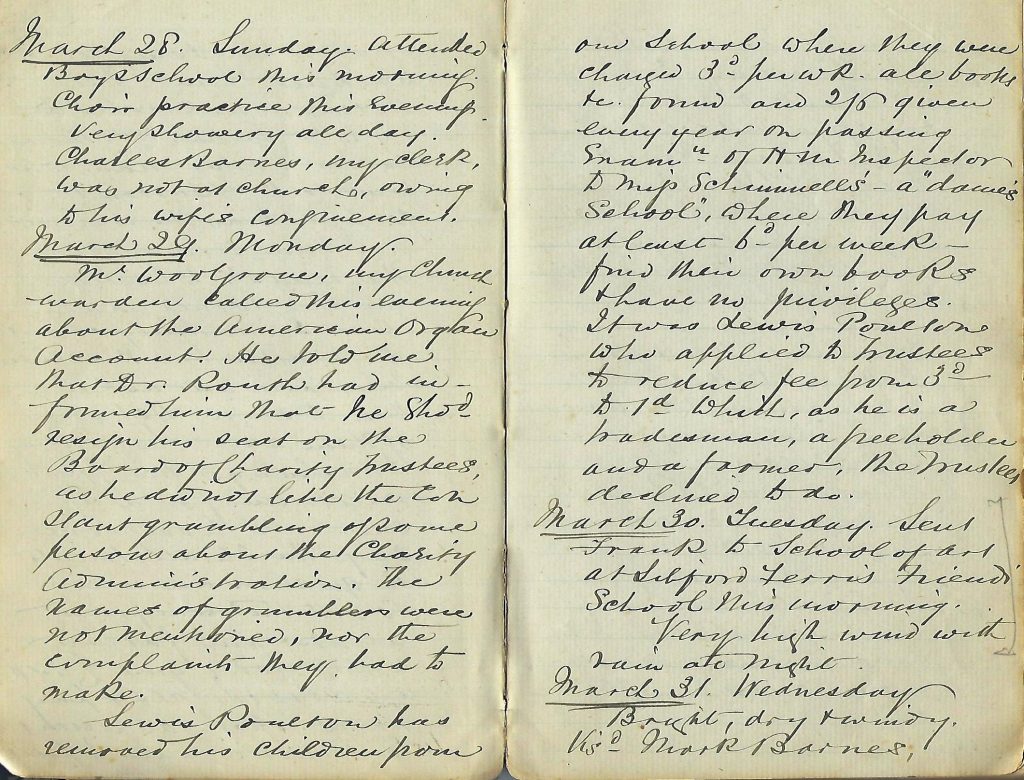 Mr Woolgrove, my churchwarden, called this evening about the American Organ Account. He told me that Dr Routh had informed him that he should resign his seat on the Board of Charity Trustees as he did not like the constant grumbling of some persons about the Charity Administration. The names of grumblers were not mentioned, nor the complaints they had to make.

Lewis Poulton has removed his children from our School where they were charged 3d per week all books etc found and 2/6 given every year on passing examination of H.M. Inspector, to Miss Schimmell’s – a “dame’s school”, where they pay at least 6d per week, find teir own books and have no privileges. It was Lewis Poulton who applied to Trustees to reduce fee from 3d to 1d which, as he is a tradesman, a freeholder and a farmer, the Trustees declined to do.