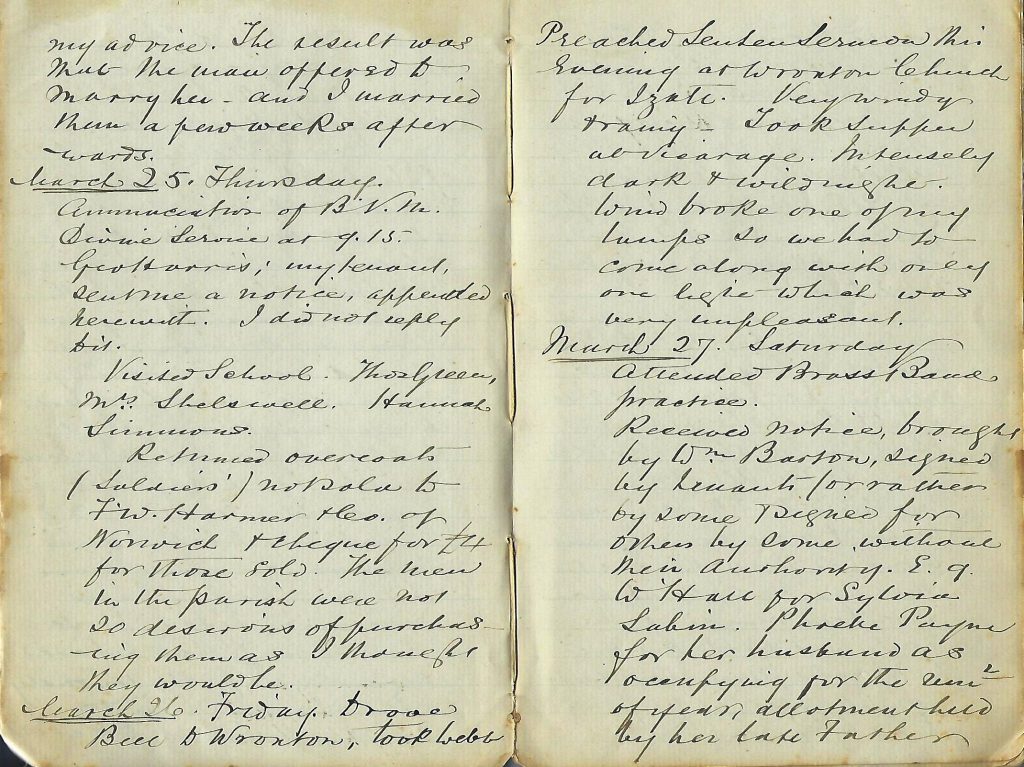 Received notice, brought by William Barton, signed by tenants (or rather by some and signed for other by some, without their authority. E.g. W. Hall for Sylvia Sabin. Phoebe Payne for her husband as occupying for the ??? of year, allotment held by her late father David Hone; and Sally Barnes for her son William). The note asked that the trustees should let them have the first 24 allotments hitherto let at 7/6 per piece for 5/- per piece, i.e. £1 per acre, “same as they had used to be”.

This was apparently instigated by Mr F. Mann who at the last Trustees Meeting proposed that these rents should be reduced. But the Trustees decided that as the allotments numbered 1 – 24 were much better and more conveniently situated than the rest – that no complaint had ever been made of the rent, but that on the contrary they were eagerly sought after, in preference to the 5/- pieces – they would not be doing right to reduce them. The notice was started by William Webb, Mr Mann’s carter and other man who went to William Barton and hot him to do the writing.

I have seen most of the tenants who tell me they would have thought nothing about the matter but that these men came and asked them to sign. Not one of them would be willing to exchange his 7/6 allotment for a 5/- one. Mr Woolgrove says the 24 allotments in question are all worth the money, and almost any farmer would gladly give £1.10 an acre for all and pay rates which at present the Trustees have to pay.