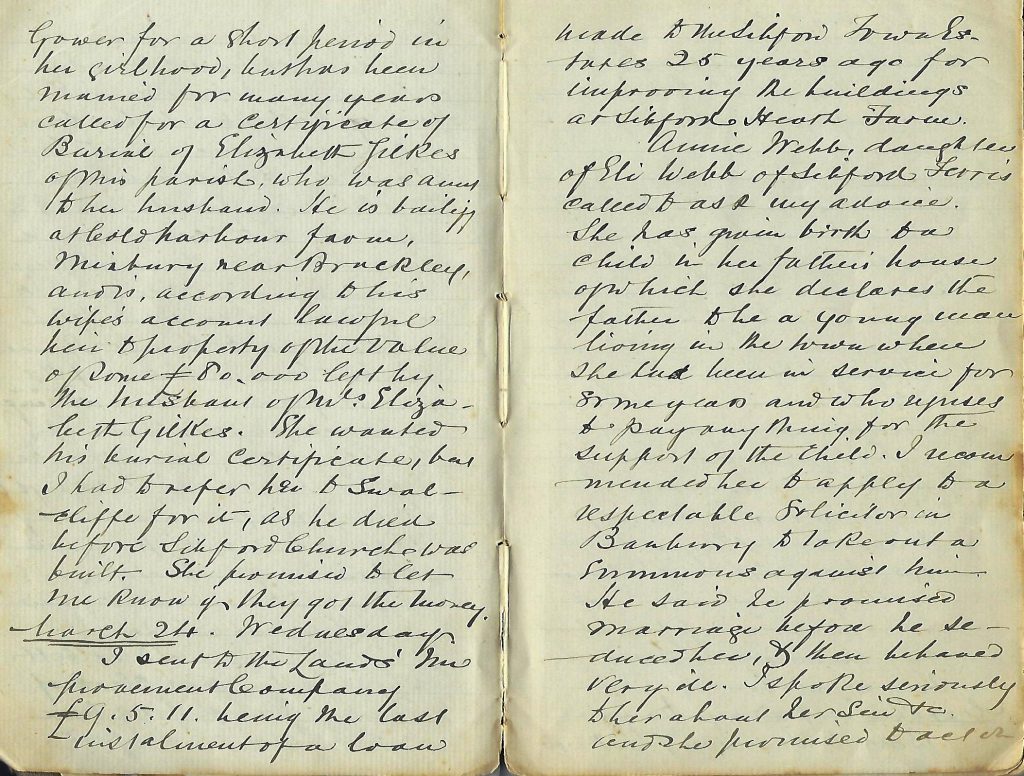 I sent to the Lands’ Improvement Company £9.5.11 being the last instalment of a loan made to the Sibford Town Estates 25 years ago for improving buildings at Sibford Heath Farm.

Annie Webb, daughter of Eli Webb of Sibford Ferris called to ask my advice. She has given birth to a child in her father’s house of which she declares the father to be a young man living in the town where she had been in service for some years and who refuses to pay anything for the support of the child. I recommended her to apply to a respectable solicitor in Banbury to take out a summons against him. He said he promised marriage before he seduced her, and then behaved very ill. I spoke seriously to her about her sin etc, and she promised to act on my advice. The result was that the man offered to marry her – and I married them a few weeks afterwards.