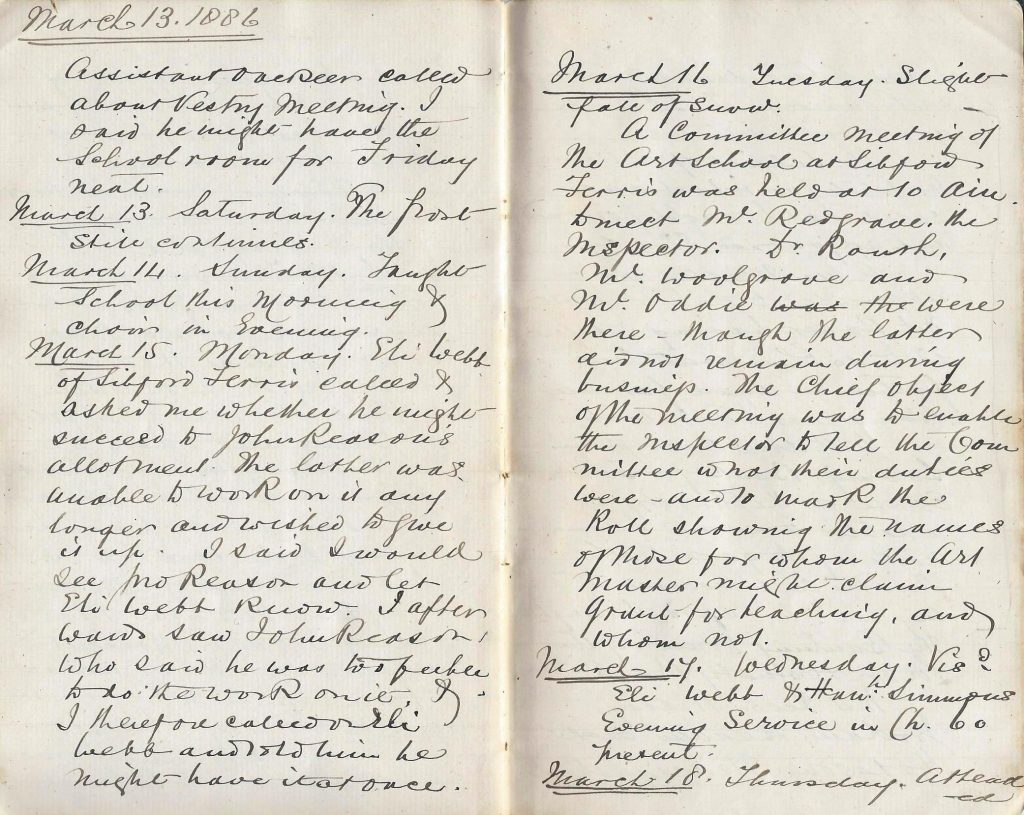 Attended Board of Guardians meeting at Banbury. Took Webb and Frank with me.

The subject of a Union Hospital for infectious cases was brought forward and adjourned sine die.

A new Master was appointed to the Workhouse, Mr Rogers having resigned to go to live with his father, an aged farmer living near Woodstock.

Withdrew cash from Savings Bank for Town Estate, as the Charity is indebted to me and I have nothing to go on with. Paid the cash received to my account in Oxford through the Banbury branch of the London & County Bank.

Met Revs Macey, Jordan, Heaven and Hodgson. Macey asked me to preach for him on April 7 and to stay the night. I told him I would let him know. On returning home it occurred to me that I should have service of my own on that day and therefore wrote to him to that effect.

Mr Jordan asked me to have a ?Chis? meeting on some evening soon. I said I would if possible.

Brought Mary Thame out from Banbury.

Miss Enock and Miss Lamb called and asked for a subscription for “Band of Hope” tea meeting. Mrs S. told them I was not at home. Miss Lamb called on a subsequent evening on the same errand. I declined, as I do rather more than my share in the way of tea giving, and this Band of Hope is kept by the Dissenters exclusively in their own hands.