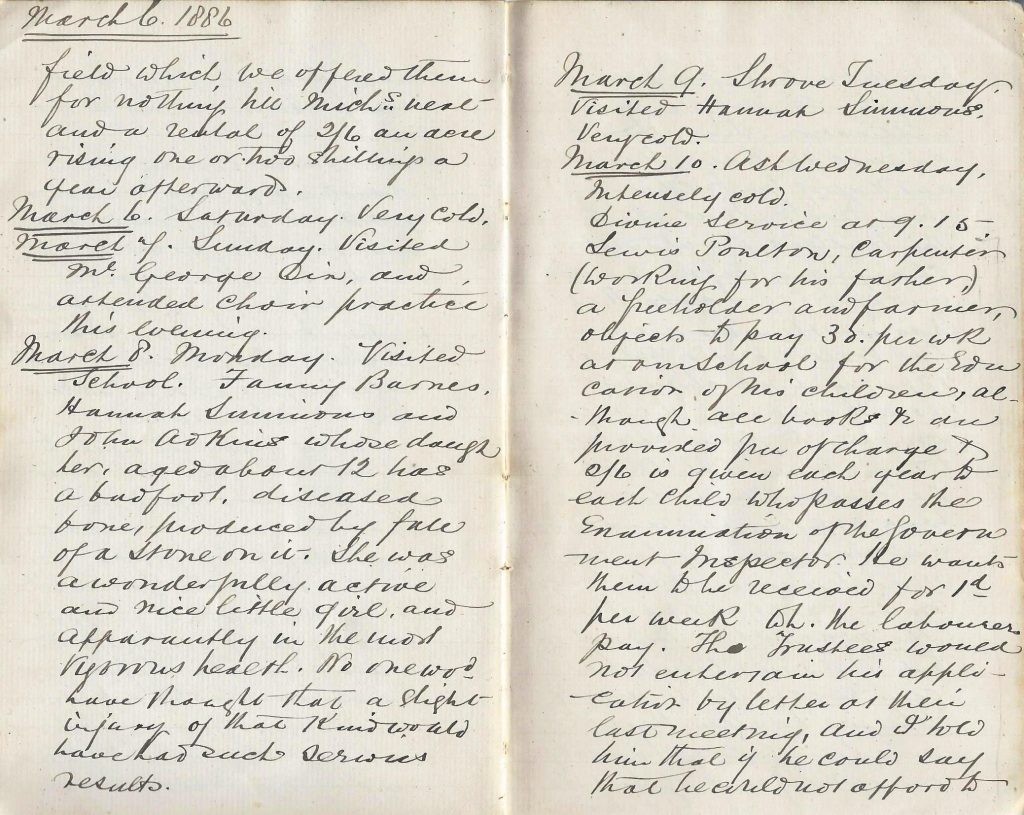 Lewis Poulton, carpenter, (working for his father), a freeholder and farmer, objects to pay 3d. per week at our school for the education of his children, although all books etc. are provided free of charge and 2/6 is given each year to each child who passes the examination of the Government Inspector. He wants them to be received for 1d. per week which the labourers pay. The Trustees would not entertain his application by letter at their last meeting, and I told him that if he could say that he could not afford to pay more than one penny they might entertain his application. But he cannot do that. His idea and that of his brother-in-law, Frederick Inns is that the Trustees should not charge one more than another. He has written me one or two letters on the subject and spoken to me about it more than once. I called on him today and tried to show him that what the Trustees were doing was only right and proper and necessary for the maintenance of the School on its existing footing. He was polite enough but I do not think he can reconcile himself to being beaten, though he cannot call himself one of the “poor of Sibford Gower”.

Called to enquire after Mr George Dix who had a fainting fit last night, but is better this morning.

Divine Service this evening with a congregation of 60. Very cold.