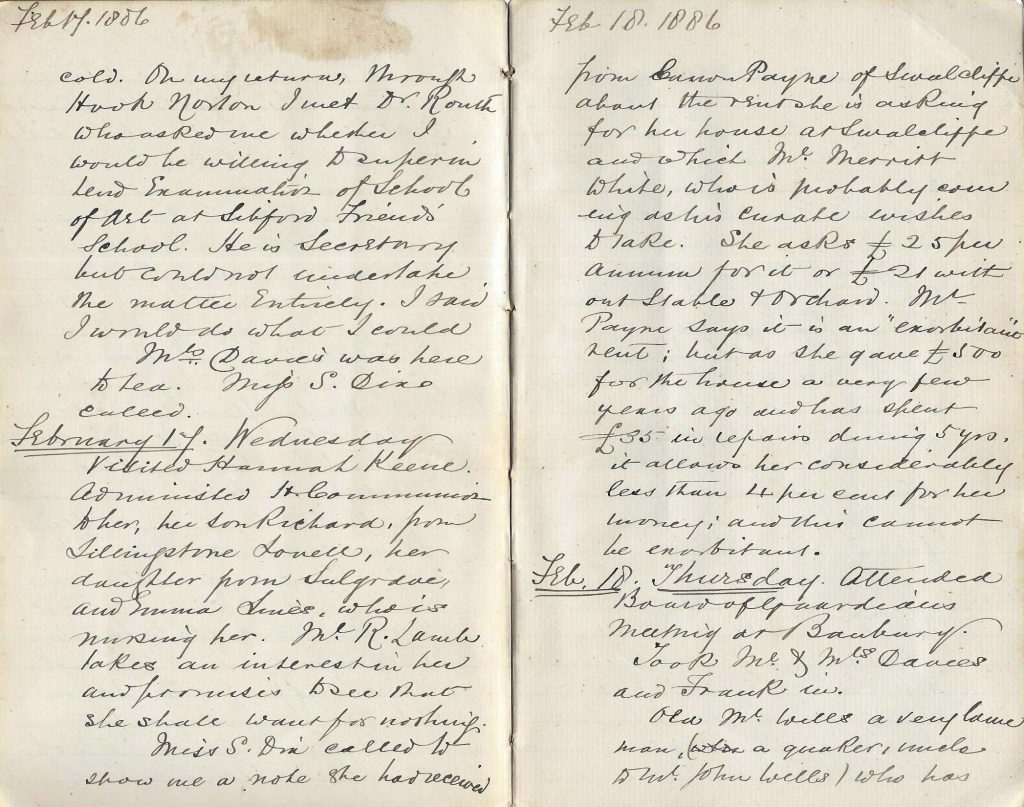 Attended Board of Guardians Meeting at Banbury. Took Mr and Mrs Davies and Frank in.

Old Mr Wills a very lame man (a quaker, uncle to Mr John Wills) who has lodged with Mr Elley for some time, died suddenly aged 84. He had been poorly since Wednesday, but up to that time had been wonderfully well and active, though “stone deaf”.