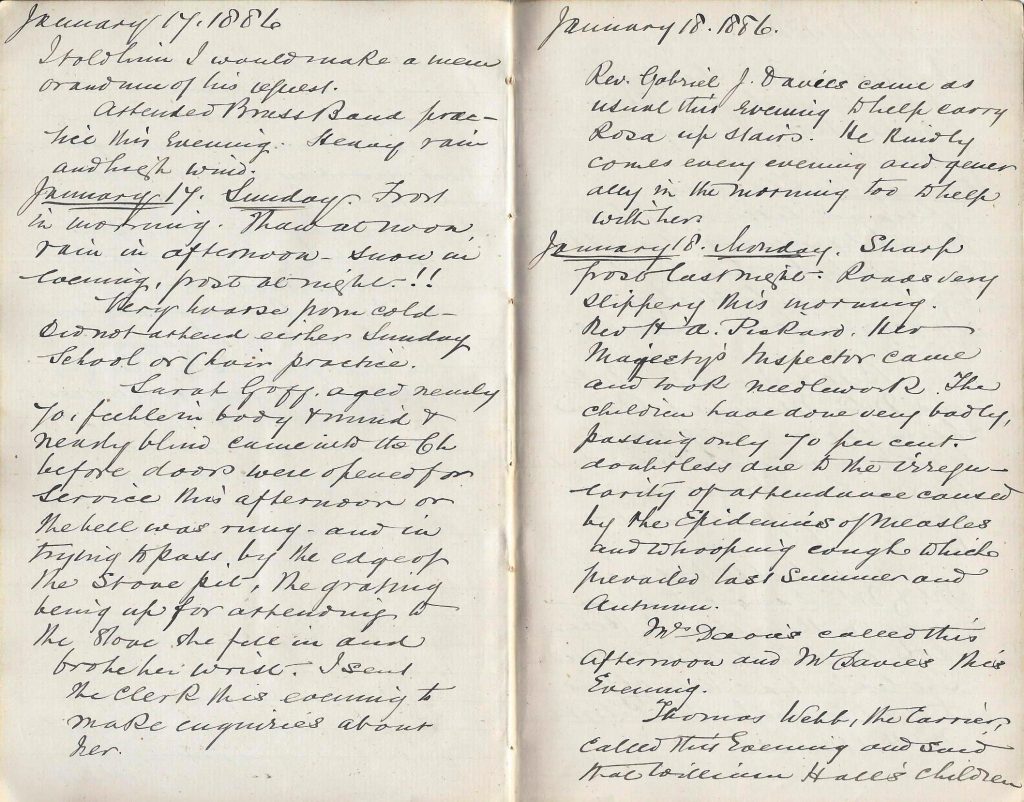 Rev. H. A. Pickard, he Majesty’s Inspector came and took needlework. The children have done very badly, passing only 70 per cent, doubtless due to the irregularity of attendance caused by the epidemic of measles and whooping cough which prevailed last summer and autumn.

Mrs Davies called this afternoon and Mr Davies this evening.

Thomas Webb, the carrier, called this evening and said that William Hall’s children had stolen two shillings from his shop and told people that I had given them the money.