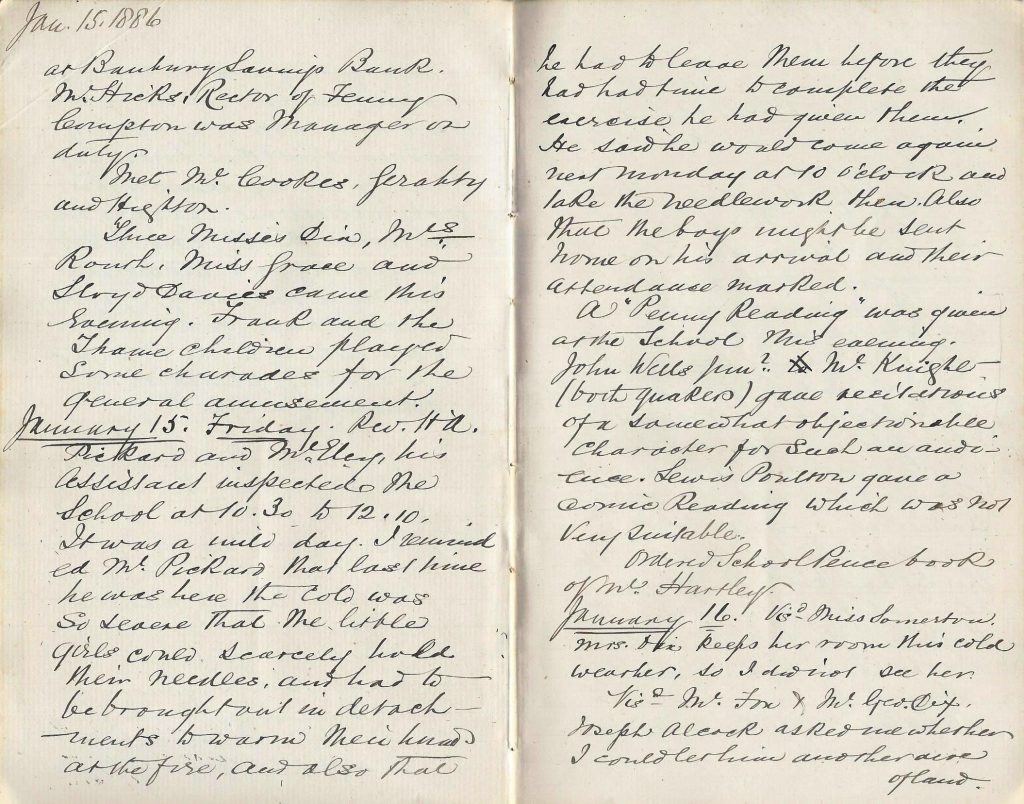 Rev H. A. Pickard and Mr Eley, his assistant, inspected the School at 10.30 to 12.10. It was a mild day. I reminded Mr Pickard that last time he was here the cold was so severe that the little girls could scarcely hold their needles, and had to be brought out in detachments to warm their hands at the fire, and also that he had to leave them before they had had time to complete the exercise he had given them. He said he would come again next Monday at 10 o’clock and take the needlework then. Also that the boys might be sent home on his arrival and their attendance marked.

A “Penny Reading” was given at the School this evening. John Wells junior and Mr. Knight (both quakers) gave recitations of a somewhat objectionable character for such an audience. Lewis Poulton gave a comic reading which was not very suitable.