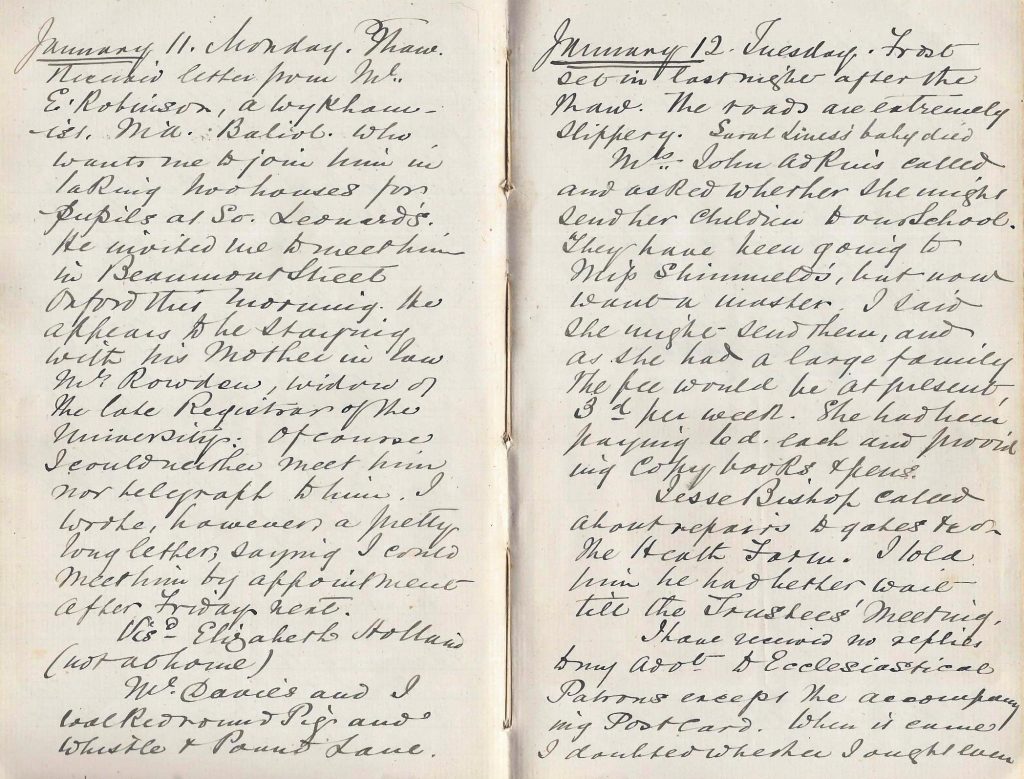 Mrs John Adkins called and asked whether she might send her children to our School. They have been going to Miss Shimmelds, but now want a master. I said she might send them, and as she had a large family the fee would be at present 3d. per week. She had been paying 6d. each and providing copy books and pens.

Jesse Bishop called about repairs to gates etc on the Heath Farm. I told him he had better wait till the Trustees’ Meeting.

I have received no replies to my advertisement to Ecclesiastical Patrons except the accompanying Postcard. When it came I doubted whether I ought even to waste a postage stamp over the writer; but I thought I would at least see what would come of it. I therefore replied saying that I should be glad to hear from the writer if he had any proposition to make regarding my advertisement in order that if it should seem desirable I might make arrangements to call on him.

Should you be this way 10 to 4 favor me with a call, but on no account inconvenience yourself

I received another halfpenny card in reply saying that he was writing in the interests of another, that he would not put me to the trouble of a journey and in short that he did not know anything that would interest me. I fear I have destroyed this second card. What could have been his motive? Not mere curiosity:- for then he would have asked me for particulars in the first place.. Probably plunder, in some way or other.