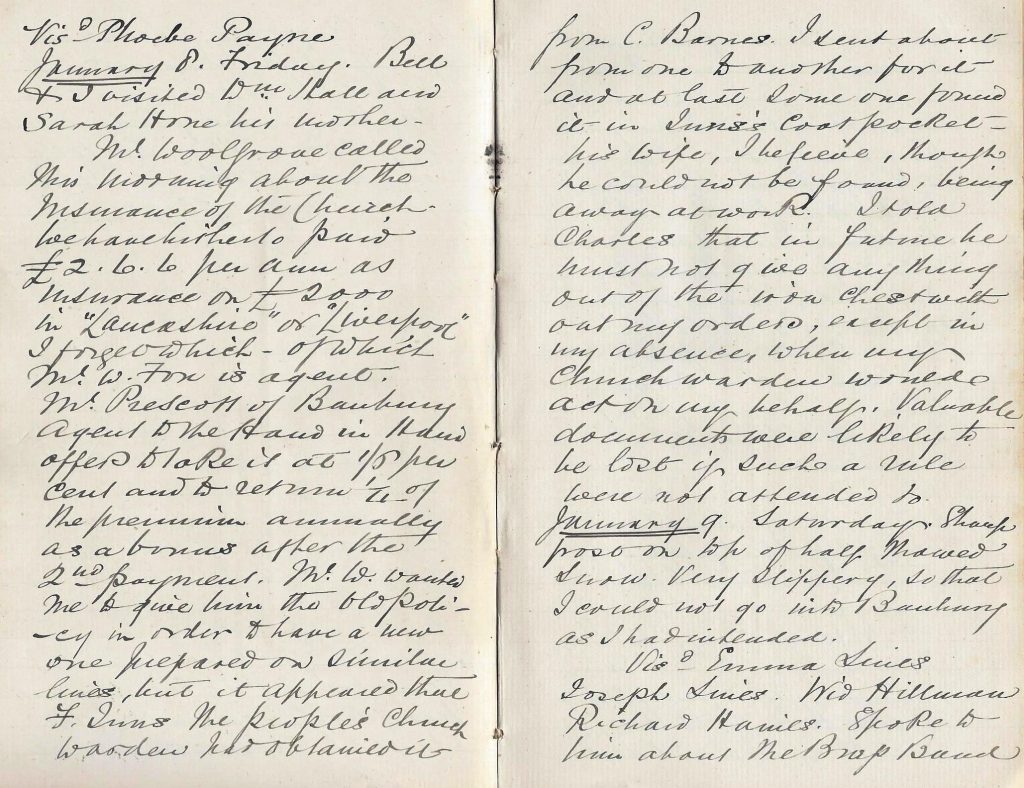 Sharp frost on top of half thawed snow. Very slippery, so that I could not go into Banbury as I had intended.

Visited Emma Lines, Joseph Lines, Widow Hillman, Richard Haines. Spoke to him about the Brass Band, the members of which are very anxious that he should join them. He cannot afford to pay as they have done, having a large family; but Mr Oddie, Dr Routh and the Band members have all expressed their willingness to help him in that matter. So I told him, but I did not press for an answer. I suggested that he should go up and have a talk with the Bandsmen.

Visited Mr Ainge. Saw him and his daughter. Paid him £1 for half ton of straw, and her 6/6 for a goose.

I received by post this morning a most extraordinary and insulting letter, from Mrs Hewings, shopkeeper and late postmistress, abusing me because I had not ordered a pound’s worth of grocery from her for distribution, as I have usually done, saying that she supposed it was because her husband had voted with the Liberals.

As a matter of fact I asked Mrs Stevens a week ago to order ??? grocery of the woman, but she had not done so, having been busy and there being no immediate necessity for doing so. Mrs Stevens went to see her this afternoon and took the letter with her and asked her to burn it. I understand she made Mrs Hewings feel quite ashamed of herself.