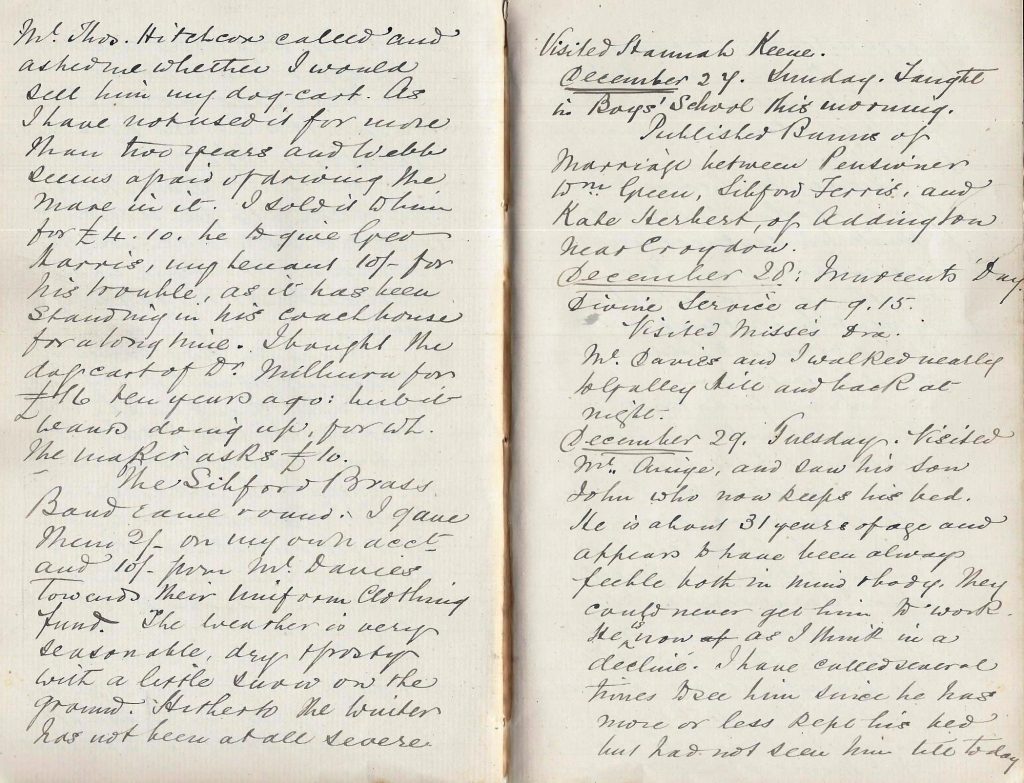 Visited Mr Ainge, and saw his son John who now keeps his bed. He is about 31 years of age and appears to have been always feeble both in mind and body. They could never get him to work. He is now as I think in a decline. I have called several times to see him since he has more or less kept his bed but had not seen him till today.

I also visited Mrs Morris at “Burdrop House”, and Mrs John Shelswell and Miss Clarke. Mrs Henry Shelswell is away from home.

Visited Mr George Dix who is nearly blind ; but I think his deafness is not so great as it was. His breathing is bad, which prevents his getting out. It is difficult to hold a conversation with him.

Snow fell at night. Thomas Lamb and John West called on behalf of the Brass Band and asked me for the use of the School room for a Band Supper next Wednesday (tomorrow) week. Which I was very happy to grant them. They invited me to the Supper and asked me to invite others. It was agreed that I should invite the Rev G. Davies, Mr Norris of London and Burdrop, Mr R. B. Oddie, Sibford Ferris, Mr Woolgrove and Mr Rimell. They had invited Mr Elley. Mr Davies said he did not care to come. I gave them 12 tickets for the Library Tea, and told them I would arrange with the Bandmaster what tunes they should play. They seemed much pleased, as did all the members, when I first proposed that they should play at the Entertainment.