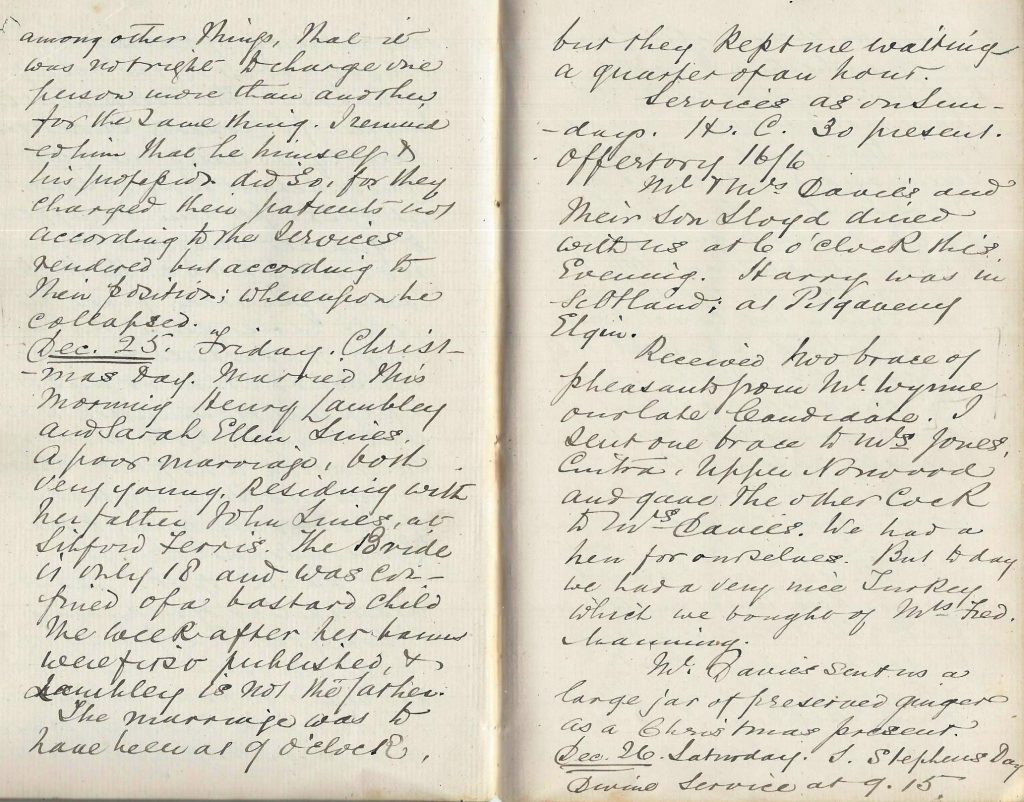 Married this morning Henry Lambley and Sarah Ellen Lines. A poor marriage, both very young, residing with her father John Lines, at Sibford Ferris. The Bride is only 18 and was confined of a bastard child the week after her banns were first published, and Lambley is not the father. The marriage was to have been at 9 o’clock, but they kept me waiting a quarter of an hour.

Mr and Mrs Davies and their son Lloyd dined with us at 6 o’clock this evening. Harry was in Scotland; at Pitgaveny, Elgin.

Received two brace of pheasants from Mr Wynne our late Candidate. I sent one brace to Mrs Jones, Cintra, Upper Norwood, and gave the other cock to Mrs Davies. We had a hen for ourselves. But today we had a very nice turkey which we bought of Mrs Fred Manning.

Mr Davies sent us a large jar of preserved ginger as a Christmas present.