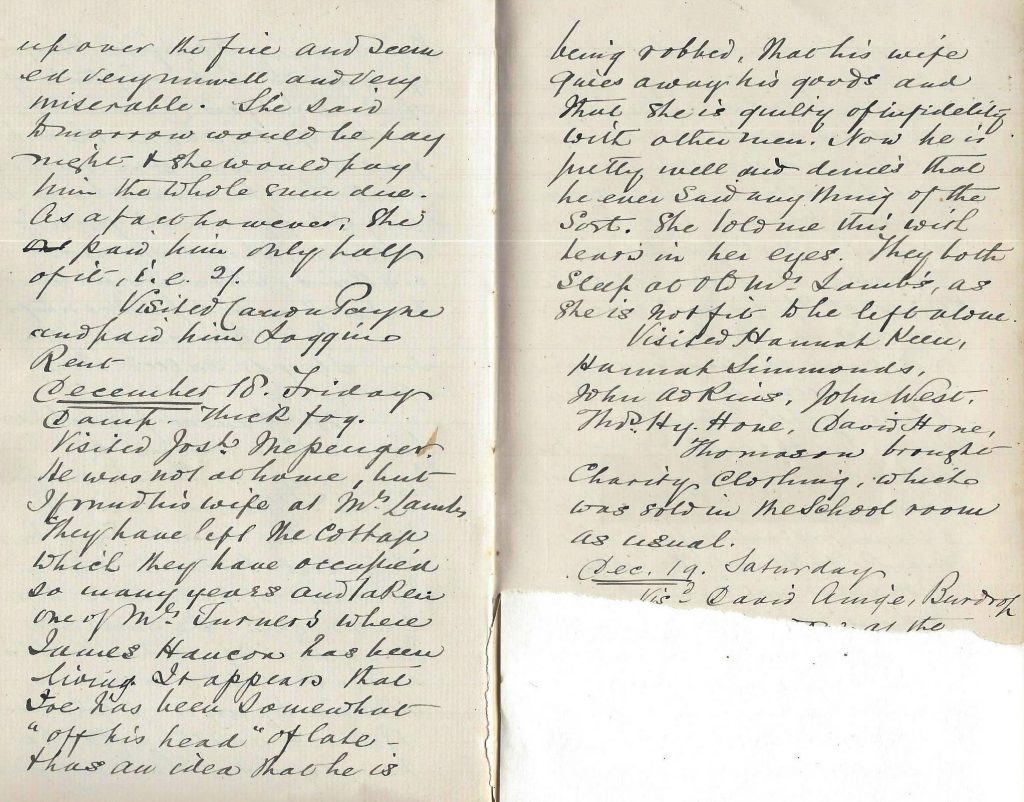 Visited Joseph Messenger. He was not at home, but I found his wife at Mrs Lamb’s. They have left the cottage which they have occupied so many years and taken one of Mrs Turner’s where James Hancox has been living. It appears that Joe has been somewhat “off his head” of late – and has an idea that he is being robbed, that his wife gives away his goods and that she is guilty of infidelity with other men. Now he is pretty well and denies that he ever said anything of the sort. She told me this with tears in her eyes. They both sleep at old Mrs Lamb’s, as she is not fit to be left alone.

Thomason brought Charity Clothing, which was sold in the School room as usual.