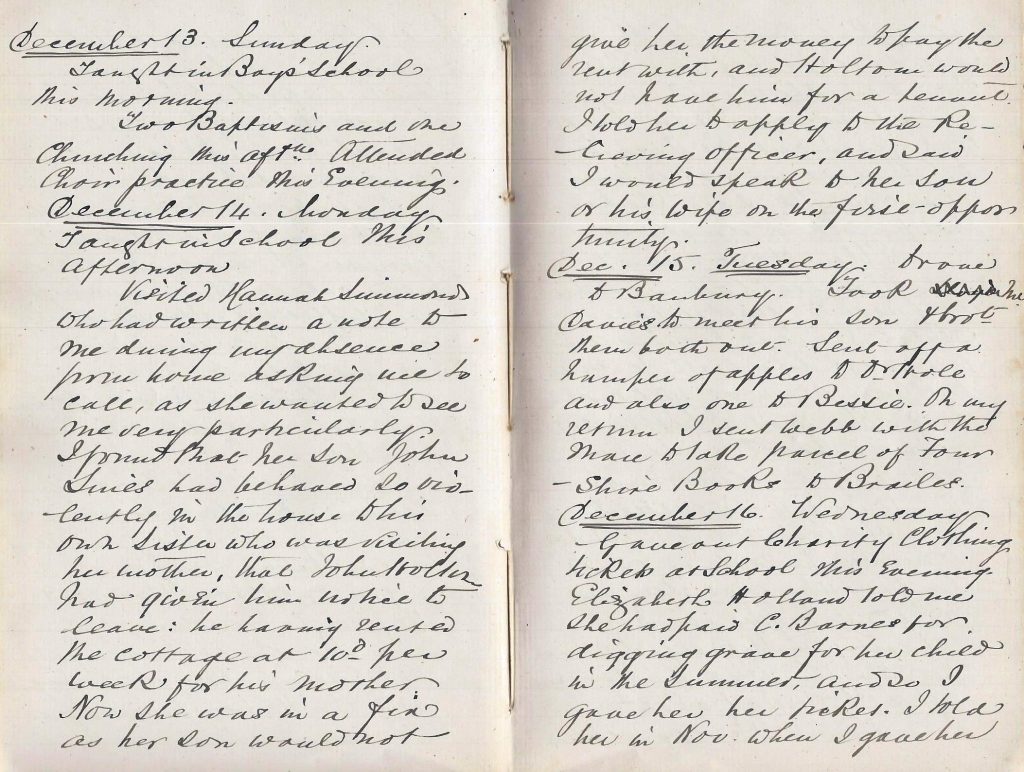 Gave out Charity Clothing tickets at School this evening. Elizabeth Holland told me she had paid C. Barnes for digging grave for her child in the summer, and so I gave her her ticket. I told her in November when I gave her coal ticket that she should have done so before. She then said she would pay him all before the clothing was given out. So I went to C. Barnes and asked him about it. He said she had not paid him anything.

Ellen Hone came and asked for her clothing ticket. I refused to give it her whilst she was living an immoral life with a man to whom she was not married. She was a little demonstrative and rude, but not very, considering.

Anna Aris called and said she was going to London to nurse the wife of one of her sons who was ill, and asked me to give her her charity in money. I gave her 5/- which was the amount of her clothing ticket.

Lewis Poulton called this evening to pay me Major Goddard’s subscription of £2 to Sibford Charities.

He spoke about the School fees and said it was rather hard that he should have to pay 3d per week for his children, whilst Thomas Adkins, whose wages were higher than his, paid only 1d.

Mrs Davies and their son Lloyd called this afternoon.

Mr Davies preached for me this evening.