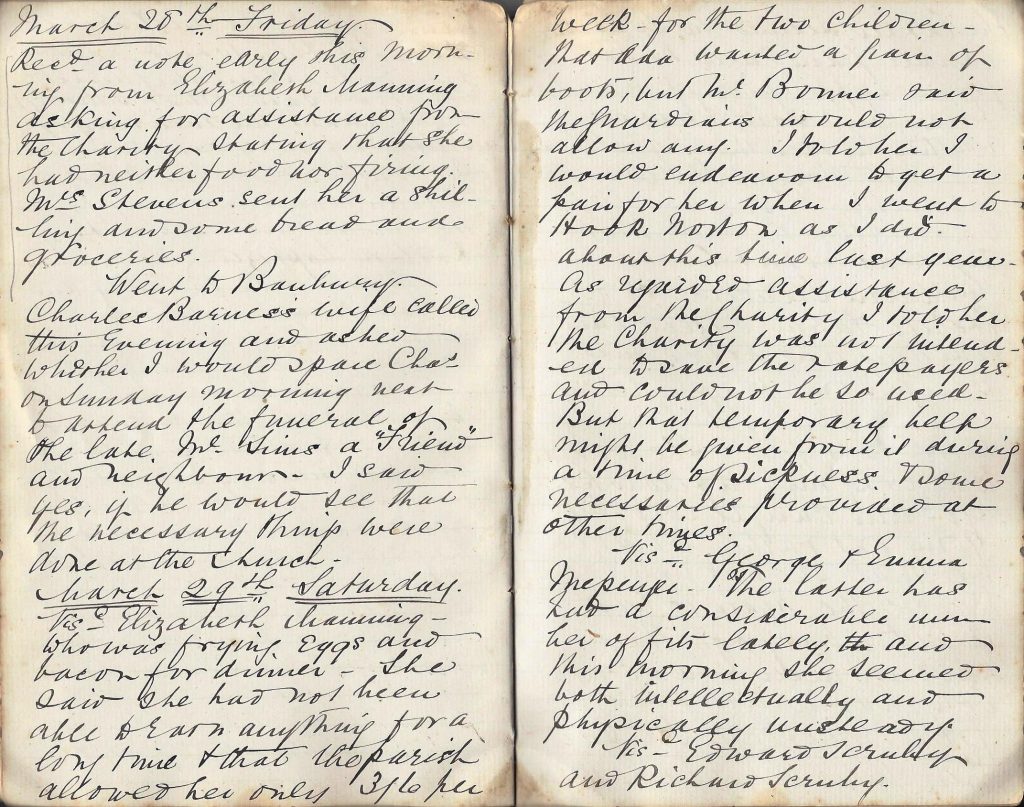 Received a note early this morning from Elizabeth Manning asking for assistance from the Charity, stating that she had neither food nor firing. Mrs. Stevens sent her a shilling and some bread and groceries.

Charles Barnes’s wife called this evening and asked whether I would spare Charles on Sunday morning next to attend the funeral of the late Mr Sims a “Friend” and neighbour. I said yes, if he would see that the necessary things were done at the church.