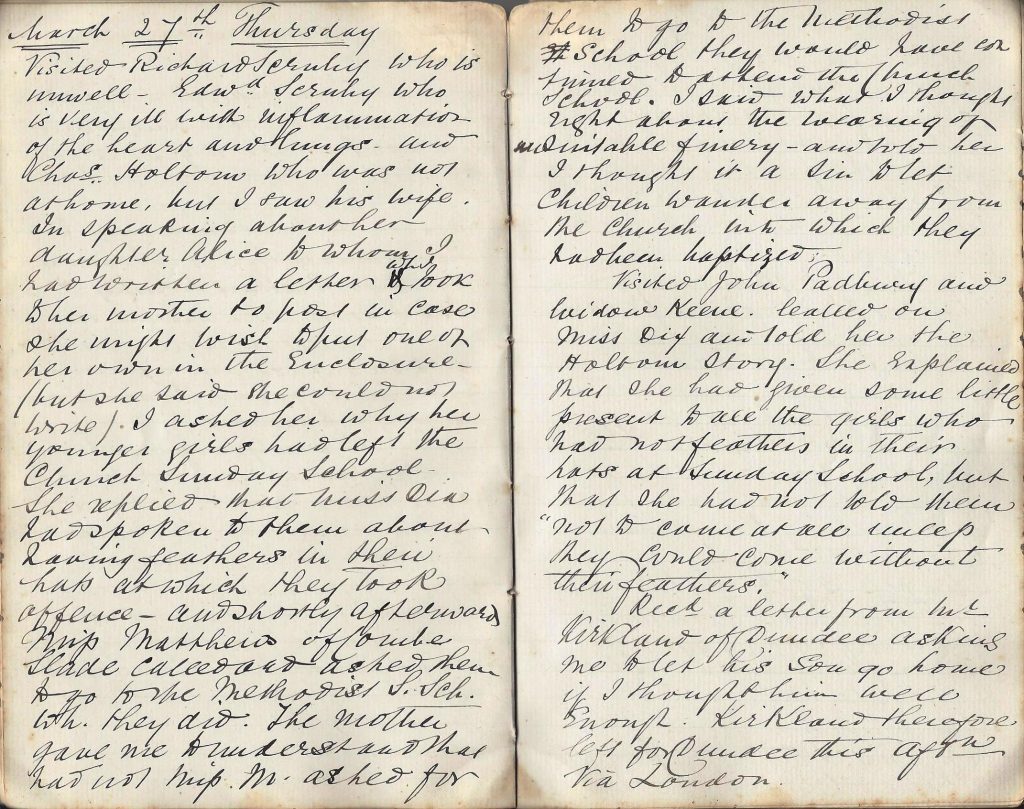 Visited Richard Scruby who is unwell, Edward Scruby who is very ill with inflammation of the heart and lungs, and Charles Holtom who was not at home, but I saw his wife. In speaking about her daughter Alice to whom I had written a letter which I took to her mother to post in case she might wish to put one of her own in the enclosure (but she said she could not write). I asked her why her younger girls had left the Church Sunday School. She replied that Miss Dix had spoken to them about having feathers in their hats at which they took offence – and shortly afterwards Miss Matthews of Combe Slade called and asked them to go to the Methodist Sunday School which they did. The mother gave me to understand that had not Miss M asked for them to go to the Methodist School they would have continued to attend the Church school. I said what I thought right about the wearing of unsuitable finery – and told her I thought it a sin to let children wander away from the Church into which they had been baptized.

Called on Miss Dix and told her the Holtom story. She explained that she had given some little present to all the girls who had not feathers in their hats at Sunday School, but that she had not told them “not to come at all unless they could come without their feathers.”

Received a letter from Mr Kirkland of Dundee asking me to let his son go home if I thought him well enough. Kirkland therefore left for Dundee this afternoon via London.