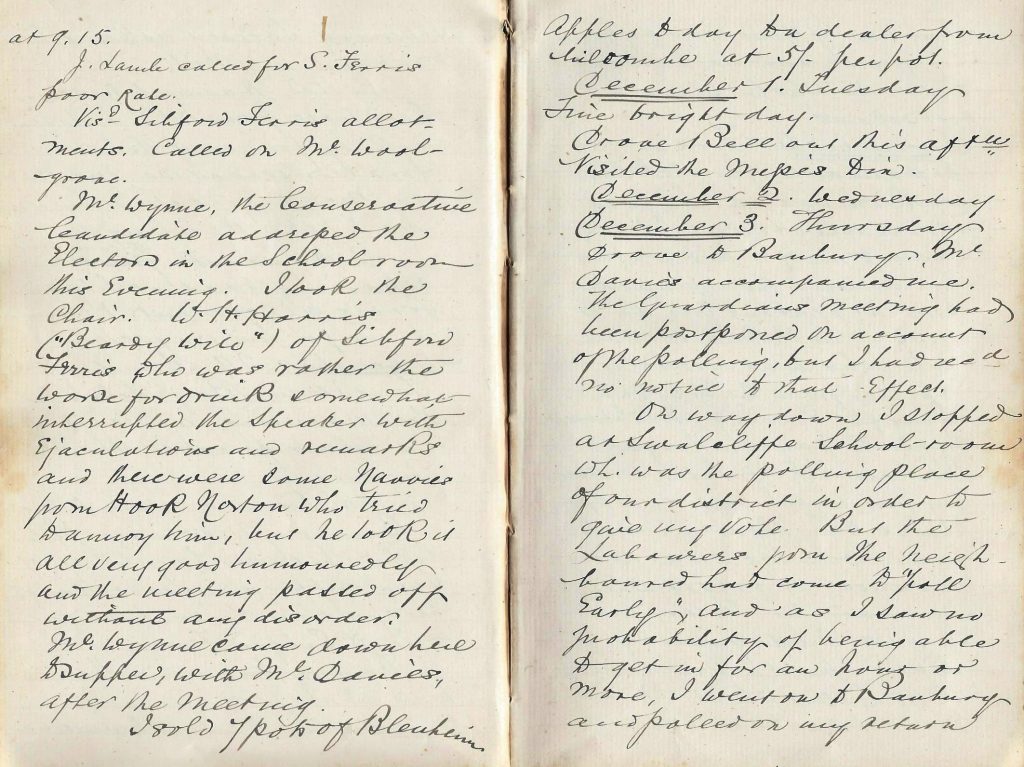 Drove to Banbury. Mr Davies accompanied me. The Guardians Meeting had been postponed on account of the polling, but I had received no notice to that effect.

On way down I stopped at Swalcliffe School-room which was the polling place of our district in order to give my vote. But the labourers from the neighbourhood had come to “poll early” and as I saw no probability of being able to get in for an hour or more, I went on to Banbury and polled on my return when everything was extremely quiet, and we had almost the whole place to ourselves.