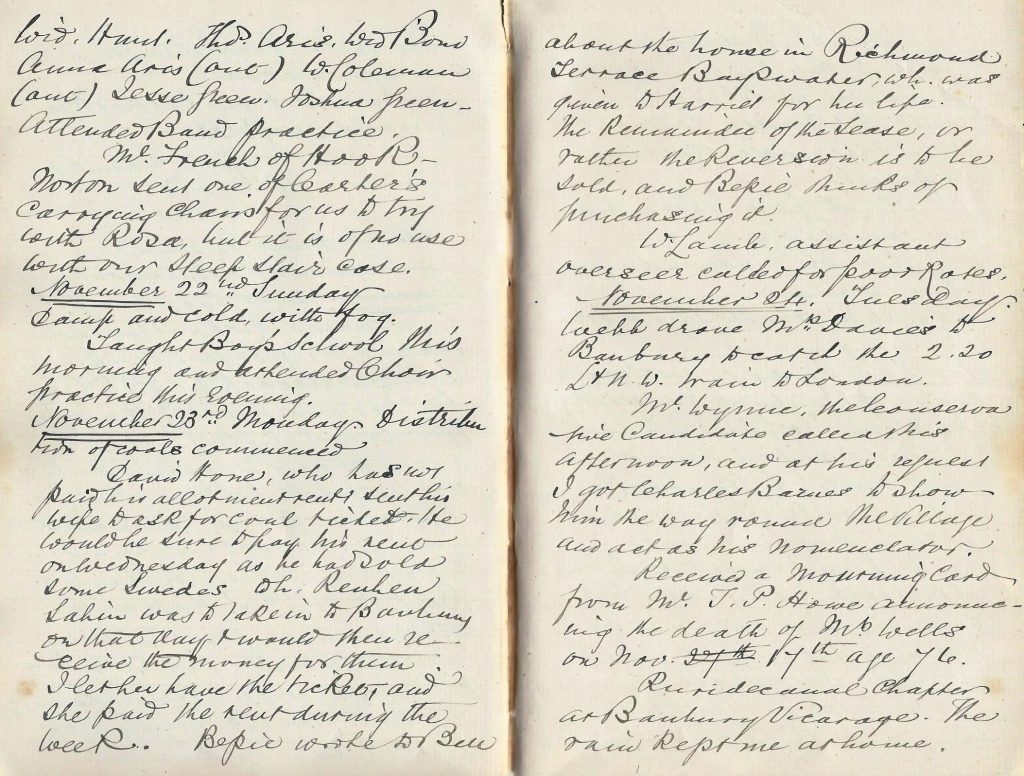 David Hone, who has not paid his allotment rent, sent his wife to ask for coal ticket. He would be sure to pay his rent on Wednesday as he had sold some Swedes which Reuben Sabin was to take in to Banbury on that day and would then receive the money for them. I let her have the ticket, and she paid the rent during the week.

Bessie wrote to Bell about the house in Richmond Terrace, Bayswater, which was given to Harriet for her life. The remainder of the lease, or rather the reversion, is to be sold, and Bessie thinks of purchasing it.