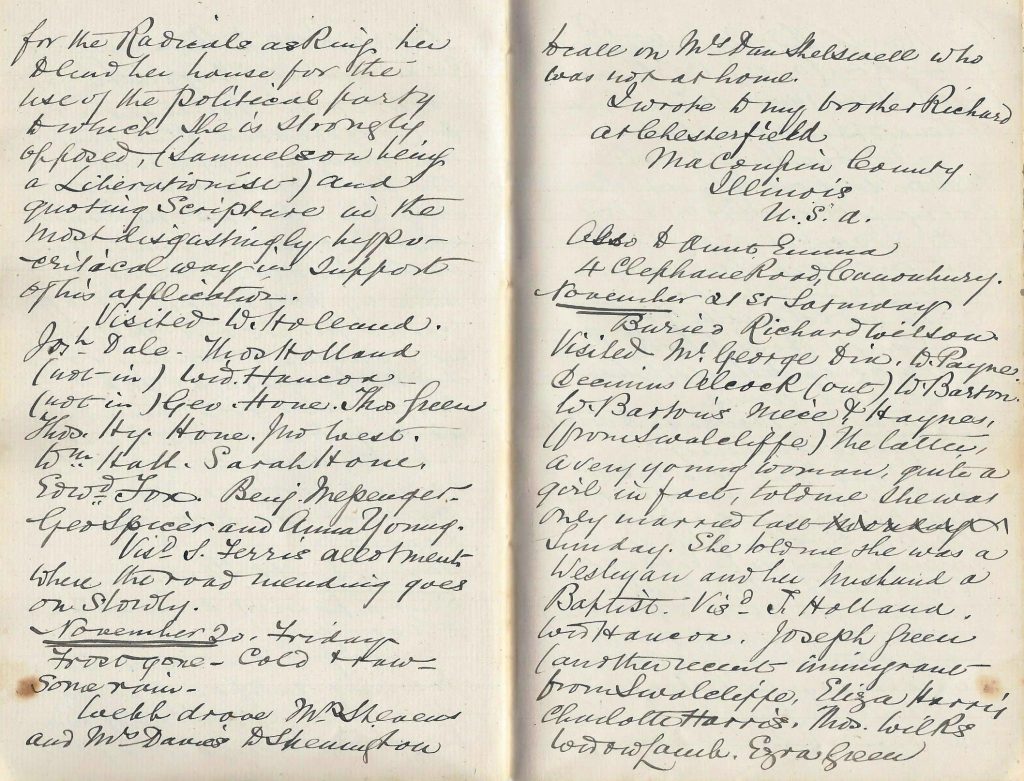 Buried Richard Wilson. Visited Mr George Dix, W. Payne, Decimus Alcock (out), W. Barton, W. Barton’s niece and Haynes (from Swalcliffe). The latter, a very young woman, quite a girl in fact, told me she was only married last Sunday. She told me she was a Wesleyan and her husband a Baptist.

Mr French of Hook Norton sent one of Carter’s carrying chairs for us to try with Rosa, but it is of no use with our steep stair case.